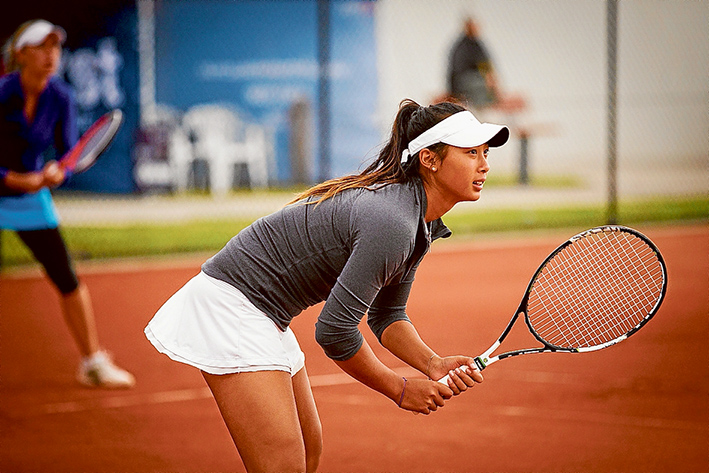 The men’s winner was Jose Statham, a member of the New Zealand Davis Cup Team, who beat fifth seed Matthew Barton, of NSW, 2-6, 6-3, 6-4. This is Statham’s first singles victory since May 2013. He ended Barton’s 17-consecutive-match-winning streak – a run that included two previous titles.

Mayor Bev Colomb said about 2000 people attended the event. Feedback from the players, spectators and Tennis Australia was “overwhelmingly positive”, she said.

“It was a great tournament, and the new Mornington Tennis Centre is a fabulous venue for an event of this calibre.

“I hope everyone who attended enjoyed the free event, and the range of activities for the whole family, such as the ANZ Tennis Hot Shots clinics and cardio tennis sessions.”

Cr Colomb said representatives of the new National Tennis Academy visited the centre and were considering including the venue as part of their high performance delivery program.

“I congratulate the team at Mornington Tennis Club, Elite Tennis Academy and Civic Reserve Recreation Centre for their support of this Australian Pro Tour event,” she said.