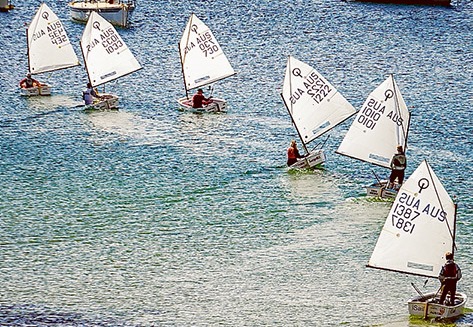 The club wants to sign a new lease with the shire three years earlier than required (‘Yachties want lease before due date’, The News 31/3/14).

It has asked for a 21-year lease, the same period as the one signed in 1997, which was varied to allow expansion in 2000 and creation of The Rocks restaurant as well as installation of a mobile phone tower, which is leased to Telstra.

Environment association spokeswoman Jan Oliver said the group was concerned about the lack of transparency over the lease.

“We found out about this when one of our members read a small public notice in a local newspaper,” she said. “We are annoyed that MEA and the foreshore advisory group were not told about the lease given that MEA was a member of the Mornington harbour precinct working group.”

The group was assembled after the shire council in 2012 rejected plans by the yacht club to build a marina in the harbour and a wave wall near the end of the pier to protect the harbour from big northerly blows, which have twice devastated the fleet in the past 30 years.

Ms Oliver said the shire planned to issue the lease in early May but this would give the environment group precious little time to appraise the proposal to “balance harbour users’ demands”.
Yacht club commodore Graeme Alexander said there was nothing unusual about the club applying for a new lease three years before it expired.

“This is standard practice and in fact we should have started the process a couple of years ago but were busy with the marina plan,” he said. “Clubs don’t wait until a lease is due to expire before they start the process.”

Mr Alexander said the club was seeking security of tenure, which would allow it to refinance and upgrade facilities including installing a triple interceptor to treat water from the boat washing area as well as improve boat handling facilities. It would also give security of tenure to The Rocks restaurant.

He said the club, which would celebrate its 70th anniversary next year, did “an enormous amount for the community”. “About 85 per cent of our members are locals. We receive no money from the council or other government organisations.”