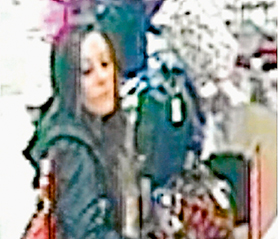 POLICE are asking Mornington Peninsula traders and shoppers to watch out for counterfeit $50 and $100 notes.

They say a woman tried to pass a fake $50 note at the Australia Post shop in Rosebud Plaza on Thursday at 3.35pm to buy a pen costing $1.50. The attendant told the woman she thought the note was counterfeit. The woman said she would take it to the bank.