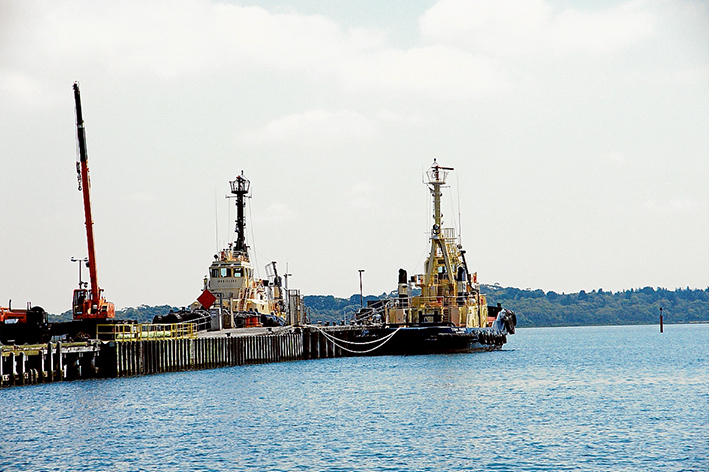 Tied up: Tugs operating out of Stony Point are being required less and less with the dimnishing the number of large ships using the Port of Hastings. Picture: Keith Platt
Share
Facebook Twitter LinkedIn Pinterest Email

THE future of the Port of Hastings Development Authority is in doubt following the failure of the state government to refinance its operations in last week’s budget.

Hastings MP Neale Burgess has accused the government of “siphoning off” $80 million that should have gone to the authority’s operations.

He said the “disturbing and cynical move” was a “further betrayal” from the Labor government which had provided no new funding for the area.

“Just five months ago the Port of Hastings was building a real future for our community, already providing more than 100 jobs and preparing to provide thousands more over the coming years,” Mr Burgess said. “Now the Port of Hastings Development Authority is just a shell, with the majority of the jobs gone and with Labor delivering the final blow this week by clawing back the remaining $80m of the project’s funding.

“This disgraceful decision is a major blow for jobs, businesses and the economy in the Western Port area and the south east region.”

More jobs are likely to go after next Monday’s meeting of the development authority’s board, with one insider putting staffing levels down to as low as 10.

Neither the Ports Minister Luke Donnellan or the Port of Hastings Development Authority answered questions emailed by The News.

On Monday morning the authority said it had forwarded the questions to the government. Within 90 minutes it sent another email: “The Port of Hastings Development Authority has received funding in the budget to continue to manage the day-to-day operations of the port and to facilitate bulk opportunities.”

The previous Liberal-led coalition established the authority in January 2012 to plan for a new international container port.

The authority is responsible for managing existing trade at the Port of Hastings through an agreement with Patrick Ports Hastings, although the number of ships visiting the port has dropped in the past few years.

The authority’s website says round 100-150 vessels are recorded at the port each year, ranging in size up to 100,000 tonnes.

The authority also has “principles” which include caring for the environment and partnering with the community.

“In a one line budget entry the Andrews government siphoned off the remaining $80m from our port,” Mr Burgess said.

“Even though they said they were going to take independent advice on where to build our state’s second container port from Infrastructure Victoria and go ahead with it within 12 months of taking government – now just six months away – in this budget they’ve cynically clawed back the PoHDA money and stopped the work that even the greenest groups thought was of the highest quality and vital.

“As the budget surplus is only built on the [abandoned] Commonwealth EWL [East West Link] funding, clearly the $80 million that belongs to this community has gone elsewhere; maybe even to pay not to build a badly needed road.”

Mr Burgess said the Labor government’s attitude towards the Hastings area was in stark contrast towards the “hundreds of millions of dollars were poured into badly needed upgrades to local infrastructure and services”.

This spending had included $110m for port development; $16.3m for a new Somerville police station; $4m for a Somerville technical college; $900,000 for the Hastings jetty; and $81m for Frankston Hospital.