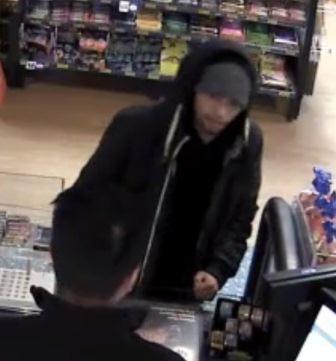 Detectives from Frankston Embona Task Force are appealing for information following an attempted armed robbery on Thursday 4 June in Hastings.

Investigators have been told a man with a tyre iron entered the service station on Frankston Flinders Road just after 2am.

He approached the male attendant and demanded cash from the till before attempting to jump the counter.

The attendant pushed the man back before the offender tried to strike him with the tyre iron but missed.

The offender then ran out of the shop and into a waiting late model white Holden station wagon being driven by another person.