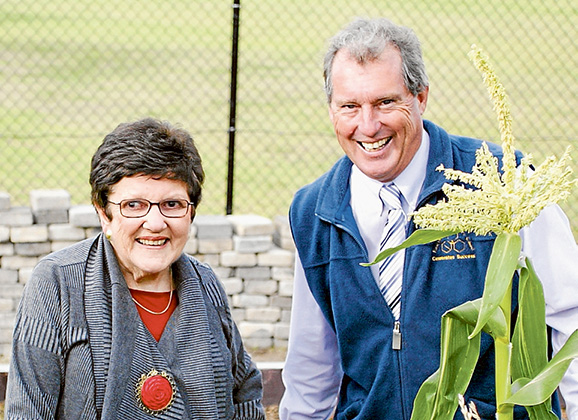 JOAN Kirner’s influence on the Mornington Peninsula will be felt long into the future.

Victoria’s first and only woman Premier co-founded the Landcare movement in 1985 when she was Minister for Conservation, Forests and Lands.

With Victorian Farmers Federation president Heather Mitchell, Ms Kirner oversaw the development of a program that has reversed the degradation of farmland, public land and waterways throughout the state.

Last week the Landcare organisation paid tribute to Ms Kirner, who died on Monday 1 June at age 76 of cancer of the oesophagus. (Ms Kirner never smoked.)

The organisation said the former Labor MP “recognised the value and importance of implementing Landcare as a policy, leading to its adoption as a national initiative”.

By the end of 1986 there were about 10 Landcare groups in Victoria. It was launched as a national program in 1989 and has grown to about 5000 groups across Australia.

Ms Kirner continued to support Landcare after leaving state politics and was a judge at the 2012 national Landcare awards.

She is remembered in the Hastings district as a hero for helping reinstate funding for the town’s neighborhood renewal program in September 2009, which had been cut by two years by the Labor government in May.

The Hastings project had been due to run for eight years, from 2006-13.

It was one of 19 in Victoria, including at Rosebud West and Frankston North, started by the Labor government to revive disadvantaged communities with concentrations of public housing. The projects brought together resources and ideas of residents, governments, businesses and community groups.

The proposed cut generated anger and dismay in Hastings, and saw an intense lobbying campaign lead by Ms Kirner.

Housing and Local Government Minister Richard Wynne was besieged when he visited Hastings in mid-2009 and the funding was reinstated in September.

“She came to the steering committee and other meetings over a three-year period 2009-11 and was welcomed by people of all political persuasion. There was standing room only when she spoke inspirationally about her passion for community and what could be achieved through active involvement. The ‘Voice of Hastings Choir’ put on special performances for her,” Ms Ford said.

“Joan Kirner helped secure $3 million for the Hastings Community Hub renovation. It was converted from a derelict and condemned building to a fantastic asset for Hastings and Mornington Peninsula Shire.”

“Joan also helped secure funding for a family violence program at Hastings after the renewal project funding ended in 2013. This later became a community safety group based at the Hub, which continues to operate and has conducted community awareness sessions,” Ms Ford said.

“Long before the issue of family violence became so prominent, Joan was responsible for setting up and overseeing programs at neighbourhood renewal sites to address this most serious issue.”

Shire mayor Cr Bev Colomb said: “Joan Kirner was an inspiration to many for her leadership on women’s rights and social justice issues, and her passionate belief in the power of education to transform lives”.

“Many on the Mornington Peninsula were fortunate to have shared in her warmth and wisdom through her direct involvement in community and neighbourhood renewal programs in Rosebud West and Hastings. Her guidance and support of these initiatives helped to deliver tangible, long-term empowerment for residents to have the confidence and resilience to address challenges and build stronger communities. She has left an indelible mark on Victoria’s and Australia’s history.”