Latest sale a plus for marina development 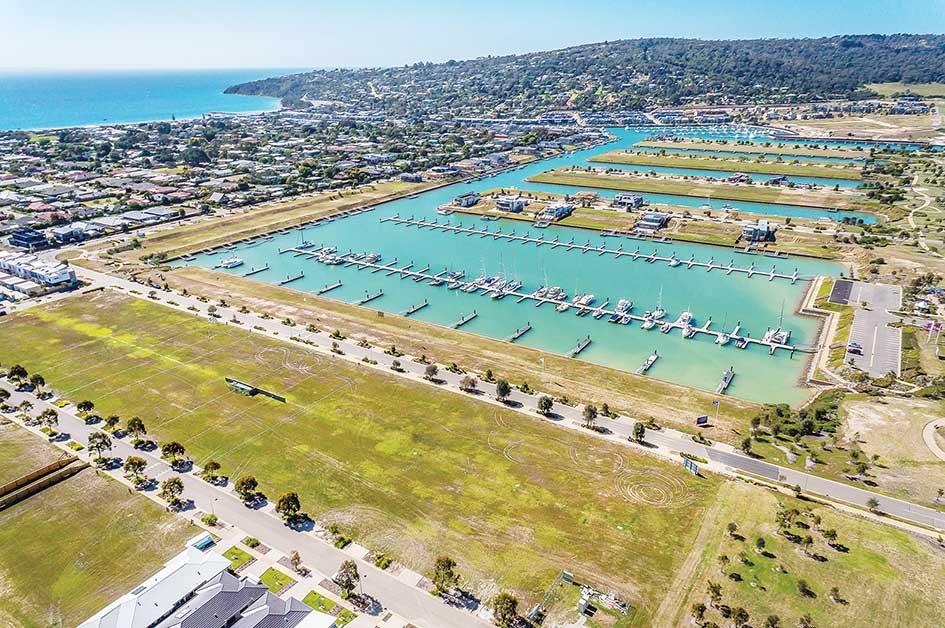 THE recent $40 million sale of 94-hectares of land earmarked for a commercial and retail precinct at Martha Cove, Safety Beach, has breathed new life into the waterfront development 15 years after it was proposed.

The Martha Cove sales office staffers say the dream of a thriving waterfront estate with direct bay access is now a reality.

The $650 million development was envisaged to encompass multiple housing developments, marina berths and a commercial project to draw residents and tourists to the peninsula.

However, the global financial crisis (GFC) took its toll in 2008 with sales stagnating for a time, and the original developer collapsing. Three major receivers helped rejuvenate the project and, since 2013, more than 500 properties have yielded $200 million in sales.

Two of the last stages to be released – Waterside and The Waterfront – are at the southern end of the marina. Surrounded by parkland, and only minutes from the Safety Beach Country Club, they offer premium house-and-waterfront lots and are tipped to sell quickly.