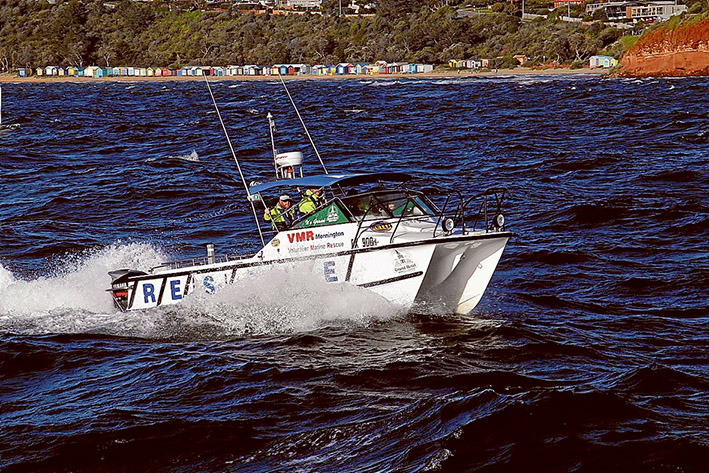 A MORNINGTON Marine Rescue Victoria volunteer has been awarded the Emergency Service Medal (ESM) in the Queen’s Birthday Honours.

The list recognises a diverse range of contributions and service across all fields, including professional endeavours, community service, Defence and Emergency Services personnel, and acts of bravery.

Michael John Turner, of Mornington, began his community work in 1990 with the then Mornington Community Bay Rescue Service. He has taken a key role in provisioning and maintaining boats and equipment, as well as turning out and managing the vessels. Along the way he has taken a lead role in mentoring young members and supporting and training other members.

His citation describes him as “one of the mainstays of the service’s school education program, delivering safety talks and demonstrations with others to primary and secondary school groups over many years.

“His contribution has been in keeping with the finest traditions of volunteer service.”

Mr Turner, a former British merchant seaman, said he was “passionate” about the rescue service and was “fortunate to be able to work with a great bunch of guys”.

Recalling his most exciting rescue came easily when he spoke to The News on Friday. “In the early 1990s we were out looking for a missing surf skier about 6am somewhere between here and Sandringham.

“Technology has come a long way since then because we didn’t even know where Sandringham was. I remember it was very rough and the water was cold.

“We were somewhere off Patterson River [Carrum] when, all of a sudden, he came over the top of a huge wave and we spotted him and I called out ‘Hard to starboard’. The skier kept disappearing in the huge seas but then we got him alongside and he was at the end of his rope because he’d been out all night. He was as grateful as we were to get him aboard.”

Janet Stuart Oliver, of Mornington, was awarded a Medal of the Order of Australia (OAM) for “services to conservation and the environment, and to the community of the Mornington Peninsula”.

Valerie Joan Wilson, also of Mornington, was awarded a OAM for “service to the community of Mornington as an historian”.