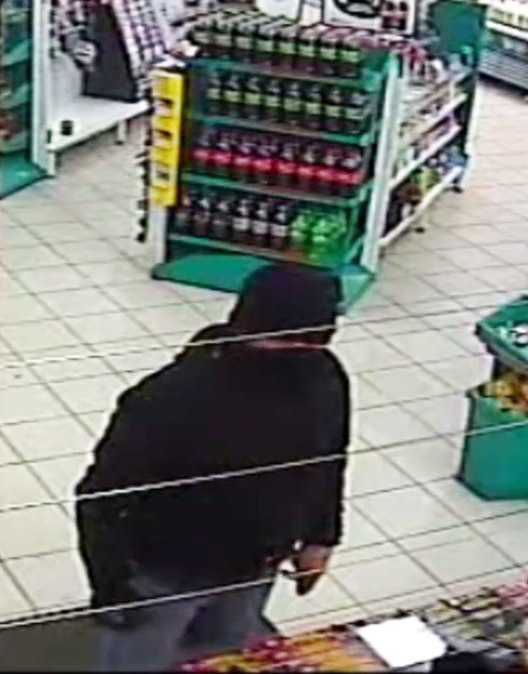 Police are appealing for information following an armed robbery at a service station in Mornington on Sunday, 7 June.

Frankston Embona Task Force detectives have been told a man brandishing a knife entered the service station on Moorooduc Highway just after 9pm.

He approached the sole male attendant and demanded the contents from the till before removing cash.

The offender then ran out of the store towards Moorooduc Road.

He is perceived to be Caucasian in appearance, around 40-years-old, 183cm and medium build.

He was wearing a black hoodie top, a black beanie and a black scarf covering his face.

He also wore a black coloured glove with white motif on his right hand only, faded blue denim jeans which had a darker blue hem at the top of each rear pocket and black leather shoes.

Investigators are seeking information about the armed robbery and are particularly keen to speak to a customer who attended the store immediately before the offender and purchased a 8.5kg “Swap and Go” gas bottle.