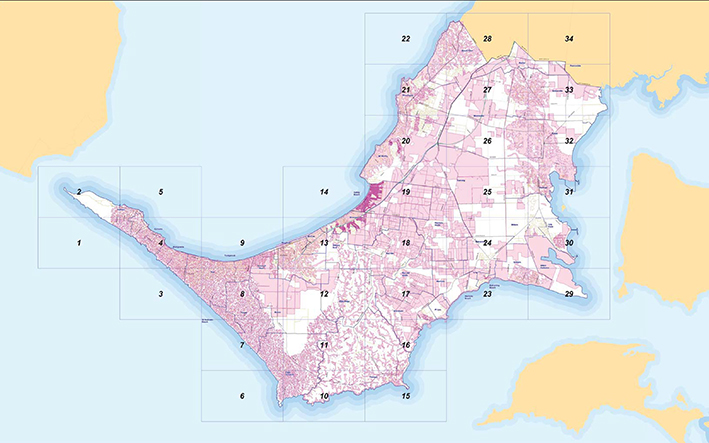 ABOUT 20,000 peninsula properties are no longer designated flood-prone and more could be removed from the list as a result of “state of the art” mapping and weather modelling still under way across the shire, shire councillors have been told.

But while councillors voted to endorse the amended maps already completed, municipal building surveyor David Kotsiakos faced a torrent of questions from councillors dissatisfied with aspects of the maps, presented at the 9 June council meeting.

The maps’ aim is to set floor heights for new building works, which will keep them above floodwater.

The mapping program is separate from measures needed to deal with predicted sea level rise.

“These areas are currently experiencing a high level of development and/or redevelopment,” he said. “Community members operating in this space expect council to promptly provide them with accurate and reliable information.”

Several councillors said flood maps were not accurate enough and that property owners needed to rely on them when planning to build or extend.

“Building [work] is being severely hampered,” Cr Graham Pittock told the meeting. “The problem is that land is not properly designated and builders can’t be sure [of getting floor levels correct] in flood-prone areas.

“The private person needs to do due diligence up front.”

But even if they do, applicants must ensure their block has not been assessed for flooding between them gaining a planning permit and before building starts, since the land’s status could change. Meeting flood requirements can add many thousands of dollars to building costs.

Cr Lynn Bowden said the maps were too small to be useful.

All 34 maps were made available for public inspection on 10 June at shire offices. Acting director of planning Allan Cowley said the maps were an improvement on the old ones.

Mr Cowley said the maps would not be perfect but would reduce worries for the building industry overall. Certificates would be issued to indicate the status of land.

“In terms of individual properties, the purpose of mapping is to seek [to establish] a floor level, so when people come to build they seek that floor level and if there is a dispute there is an appeal process,” he said.

The shire is using a computer program that combines a topographical map with an image showing the location of buildings. Rainfall is modelled at varying levels of intensity and run-off tracked.

Cr Tim Rodgers drew attention to a disclaimer on the maps, which states that Victoria and Mornington Peninsula Shire “do not warrant the [maps’] accuracy or completeness of information … and any person using or relying upon such information does so on the basis that [Victoria and the shire] shall bear no responsibility or liability whatsoever for any errors, faults, defects or ommissions [sic] in the information.”

Mr Kotsiakos said this was a standard statement.

Cr Rodgers queried difficulties with loading the maps on to the shire website, asking shire CEO Carl Cowie if he had a comment on the website. “Not a polite one,” Mr Cowie said, saying the files “are massive; very, very substantial.”

Crs Antonella Celi and Anne Shaw, supporting the map plan, said it was a significant step forward and provided certainty for builders and property owners. It was part of the shire’s extensive drainage strategy and was just a stage in a continuing program.