Dredge threat to Heads if port lease goes ahead 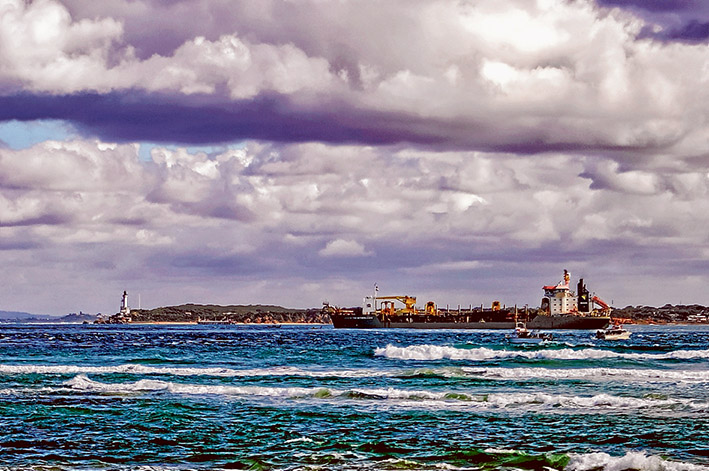 Flashback: It’s 2008 and the Dutch dredger the Queen of the Netherlands works in The Heads to remove rock to allow ships of 14 metres draft to enter Port Phillip. Picture: Yanni
Share
Facebook Twitter LinkedIn Pinterest Email

PORT Phillip Heads will have to be widened and deepened with a massive project that will make the controversial 2008-09 dredging pale into insignificance if the state government goes ahead with a 70-year lease of the Port of Melbourne, says peninsula MP Martin Dixon.

Mr Dixon was speaking in the Parliament last week as the controversy over the government’s port bill reached fever pitch with the Opposition and Greens vowing to block the bill in the Upper House.

The Port of Melbourne Lease Transaction Bill 2015 passed the Lower House last Thursday but the government does not have the numbers in the Upper House, and Treasurer Tim Pallas has threatened to bypass the Parliament.

The government needs the port lease money – as much as $7 billion – to pay for removal of 50 level crossings as well as “building Melbourne Metro, the West Gate Distributor and other important transport initiatives”, a government spokesman said.

The Opposition says the bill would “lead to a monopoly on the port’s ownership until 2090” and stop building of a new port at Hastings or on the western shore of Port Phillip between Werribee and Geelong as the government would have to pay compensation if a second container port was developed during the term of the lease.

Mr Dixon, who alone among Liberal MPs in the lead-up to the 2006 state election opposed the 2008-09 dredging, said the state government would ensure “the destruction of Port Phillip Heads Marine National Park” if the port lease went ahead.

“The Port of Melbourne is unable to accept the current fleet of container ships with 16-metre drafts unless The Heads are widened and deepened with a massive dredging project that will make the controversial 2008-09 dredging pale into insignificance,” he said.

“Jobs and long-term business investment on the peninsula have all but dried up under Labor as they have gutted the Port of Hastings Development Authority before even establishing their much-touted Infrastructure Victoria advisory panel.

“I encourage residents and visitors to pick up copies of a petition I am circulating that demands this crazy proposal is stopped and this irresponsible environmental and economic damage to the Mornington Peninsula is prevented.”

Rejecting expansion of the Port of Hastings would cost 15,000 jobs over the next decade. “I have the fourth-poorest electorate in the state; my electorate has the fourth-lowest income in the state. The people in my community need jobs; they need careers.”

The Opposition’s David Hodgett, the ports minister in the Napthine government, said “Daniel Andrews and Tim Richardson are failing to stand up for the local community and rule out any blasting of The Heads and dredging of Port Phillip. Andrews has botched the contract for the lease of the Port of Melbourne and that would lock in dire environmental consequences around Port Phillip”.

Mr Pallas reportedly said leasing the port “means we can pay for the removal of our 50 worst level crossings, create thousands of jobs, get Victorians home safer and sooner, and still protect our AAA credit rating.”