Free speech and talking about terrorism 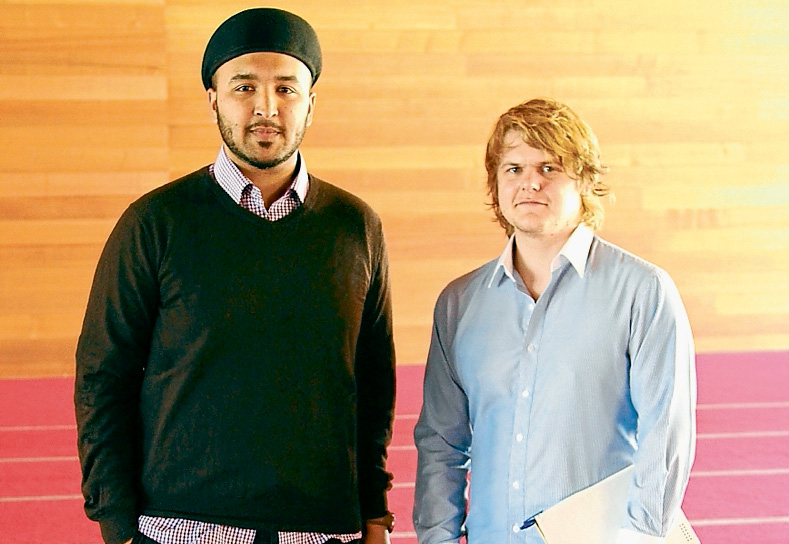 LAST week’s episode of Q&A on the ABC was a disastrous affair with far-reaching consequences. The media furore that followed is difficult to summarise – a microcosm of our national debate, born of the difficult policy decisions governments make on behalf of their citizens.

It should serve as a reminder to everyone that the right to say and think what we want is easily surrendered to fear.

The performance of Zaky Mallah on the program raised many issues, but the aftermath has been short on answers. Mallah made the shocking claim that Muslims were “justified” in heading overseas to join ISIS. Though acquitted of terrorism charges, the young man was convicted of threatening to kill ASIO agents several years ago. Last Monday he managed to destroy whatever remained of his character with a single sentence, broadcast live around the nation.

More puzzling than the ill-informed comments of an angry young man has been the reaction from members of parliament, most of who identify as Liberal.

Only months ago, they were proclaiming that we “do have the right to be bigots, you know”, but they’ve since launched a barrage of blistering attacks on our right to freedom of speech and association.

The Prime Minister Tony Abbott questioned “whose side” the public broadcaster and our biggest news provider is on, as if it were the job of an inquisitive reporter to back the government of the day. Even Communications Minister Malcolm Turnbull, seen by some conservatives as patron saint of the “lefty lynch-mob”, emphatically remarked that the ABC’s “error in judgement” was so “very, very grave” as to put the safety of the audience at risk.

Now, I’m not a religious person, and you’d be forgiven for thinking that a councillor from (quite literally) the whitest municipality in Victoria would have little to contribute to this debate. But after meeting with one of our local Islamic leaders to write an article for Peninsula Essence magazine, I learnt of the devastation wrought upon Muslim communities throughout this long and violent global conflict. The common thread in such stories is the religious identity of perpetrator and victim – overwhelmingly Muslim against Muslim.

Too often in this country and elsewhere, the terrorist threat is defined as savage barbarism against the peaceful and benign West. Yes, there is a distinctive element of this on display in the social media published by ISIS. It’s an integral part of their public relations campaign, and it works, with the media and our politicians seize on such comments whenever they need attention, guaranteeing ISIS airtime in the mainstream media.

Such behaviour betrays a fundamental ignorance of the greater conflict.

Worse still, the repeated use of phrases like “death cult” and “by hook or by crook” serves only to further alienate disaffected youth who, for whatever reason, already bear a grudge against our federal government or Anglo-centric history.

The language of our national leaders has a real impact on our communities, even more than Mallah’s claim that young Australians are “justified” in joining ISIS because of MP Steve Ciobo’s comments on air. Freedom of speech is easily exercised by anyone, but the need to be responsible with language is so much greater for those who have easy access to broadcast media, and would make laws on our behalf.

Most of the media coverage since Q&A has focused on whether or not it was acceptable for Aunty to allow Mallah a public platform on a flagship current affairs program. Lost in the scrum is the fundamental right to say what you think, something the federal government was once so keen on defending it was willing to repeal sections of the Racial Discrimination Act.

The fact is, radical views will be broadcast one way or another in this age of digital and social media.

Perhaps allowing this would-be terrorist to vent on national television has kick started a larger debate about the price we as a society pay for access to the truth, warts and all.

Perhaps our pollies will acknowledge the public’s level of maturity is an order of magnitude higher than they’ve been willing to give credit for. Perhaps the prime minister will actually consider the impact of his words on those in minority communities that already feel vulnerable and disenfranchised, and perhaps he’ll open his eyes to the positive role that fighters who voluntarily return from the Middle East could play in educating those who are at risk of making such a life-changing mistake.

More likely are continued attacks on the messenger instead of the message.

Both sides of politics have learnt to use this tactic whenever they find themselves under scrutiny.

So, to deploy it on the issue of national security, is a no-brainer for a conservative government. After all, it’s hard to argue with the boost in poll ratings Abbott receives every time he talks about terrorism.