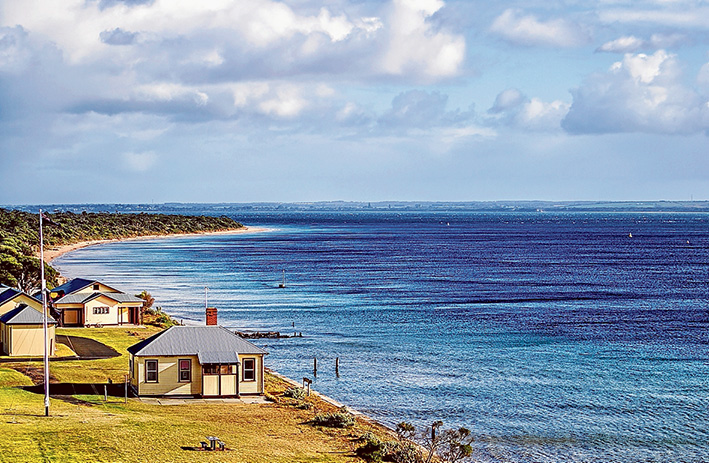 THE state government has ended plans for a multi-million plan for a commercial development at Point Nepean National Park based around a luxury hotel and thermal springs.

Although it may cost up to $1 million to break the 49-year lease signed off by the previous Liberal/National coalition six weeks before the November 2014 election, the government says its decision will prevent “inappropriate development” at the park.

The focus on what to do with the park will now swing back to a master plan developed five years ago but dropped when Labor lost power.

Ending the lease entered into with the Point Leisure Group has been criticised by Opposition Leader Matthew Guy and Liberal Nepean MP Martin Dixon who issued almost identical statements claiming the possible $1 million payout was a waste of money.

They also said cancellation of the project meant the end of a “$100 million project that would have delivered some 400 jobs”.

Soon after the project launch in July 2014 by then Premier Denis Napthine, its cost was lowered to $40m and the extent of the lease revealed to cover 64 hectares, not just the recognised Quarantine Station precinct.

The claim about a $100m “investment” by Point Leisure Group was repeated on Friday by the Victoria Tourism Industry Council whose chief executive Dianne Smith said scrapping the lease “has the potential to diminish private sector confidence in investing in Victorian tourism projects”.

“Our industry saw this as a litmus test for future developments and there is now concern regarding investment in innovative, job creating new tourism projects in Victoria,” Ms Smith said in a news release distributed by the Opposition. The release also included comments from Opposition tourism spokesperson, Heidi Victoria.

Mr Guy stated last week that the Labor government is “doing their best to scare off projects that would deliver jobs, investment and new opportunities”.

The government’s decision has been applauded by the Victorian National Parks Association which said the public would not now be locked out of many areas of Point Nepean.

“Plans by the Napthine government to hand over significant sections of Point Nepean National Park to private developers under a 50-year lease were deeply flawed,” VNPA director Matt Ruchel said.

“National parks belong to all Victorians and should not be handed over to developers so that they can build exclusive resorts.

“Any compensation now payable to the developer should be laid at the feet of the former Napthine government for signing up to such a flawed proposal in the first place.”

Long-time Point Nepean campaigner Kate Baillieu described plans by the Point Leisure Group as being “extremely flawed, too big and inappropriate from the word go”.

She said the lease had been a “shameful decision” by the Napthine government, which “tore up years of community consultation about what was appropriate and what would work”.

“Melbourne University never confirmed its involvement and yet that was announced [by Mr Napthine] as a fait accompli.”

“[The government] now needs to make it available for the public to see what everyone had agreed on and, basically, get on with it,” she said.

Ms Baillieu said the master plan allowed commercial activities, including a hotel and other types of accommodation, but under individual leases.

“Power should be restored to parks Victoria and funding provided to continue the good work that they started in there.”

Ms Baillieu thought it “a cheek” if the Point Leisure Group received compensation for maintenance which had continued to be carried out by Parks Victoria.

“The plan was deeply flawed without doubt and the area was to be renamed The Point [instead of the Quarantine Station], obliterating history.”

The Point Leisure Group’s project accepted by the previous government, according to Mr Napthine, included a marine education and research precinct with Melbourne University; thermal pools and spa; a health and wellness centre; luxury and camping style accommodation; shops, cafes and restaurants; and a heritage museum “that will bring the park’s history to life”.

In a July 2014 government news release directors of The Point Leisure Group, Richard and Trine Shelmerdine, said they felt “very privileged to be part of a project that will revitalise a place that has played such an important role in Australia’s history”.

“This will redefine Victorian tourism and create a world-class health and wellness destination that will inspire visitors to discover, unwind, and participate in the wonders of this area.”

Last week’s cancellation of the lease with the Point Leisure Group, it also makes good a statement by former Labor premier Steve Bracks who told told ABC TV viewers on election night that the new government would have a look at the contract signed for the geothermal spa and accommodation-based project at Point Nepean National park.

The following day Mr Dixon warned that ripping it up could lead to compensation being sought by the developer.

The News was unable to contact Mr Shelmerdine on Thursday.