MPs play footy with the bay 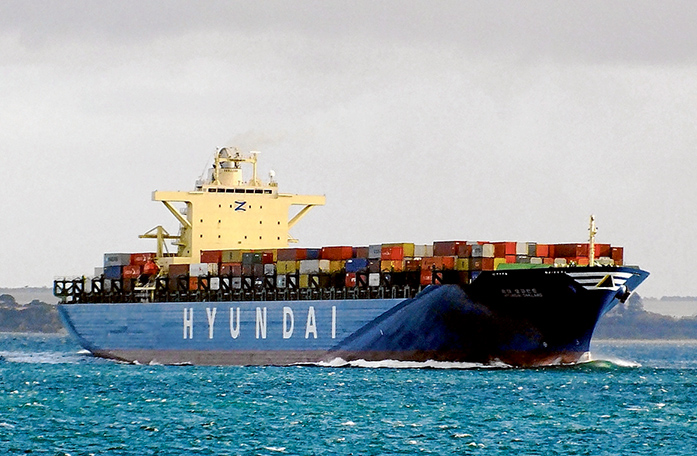 VICTORIAN politicians are again playing political football with infrastructure – not the abandoned East West Link but the state’s future port needs and the fate of Port Phillip.

And the Liberal and Labor “players” in their nice new shiny jumpers with no actual mud on them have been joined by a ring-in from another team – federal environment minister Greg Hunt, who is no doubt wearing his Team Australia jumper and knows the field of play quite well being a Victorian and living on the peninsula near Melbourne’s vast waterway.

The past few weeks have seen claim and counter-claim about what will happen if the Andrews Labor government leases the Port of Melbourne to one of the big shipping companies for 70 years. It hopes to receive $7 billion, which it will use to remove 50 of the state’s worst level crossings over the next eight years as well as building Melbourne Metro, the West Gate Distributor and other transport projects not yet announced.

The state Opposition claims the government will have to give the shipping company a monopoly to get the best price. This means no new container port at either Hastings or on the western shore of Port Phillip, the so-called Bay West option proposed between Werribee and Geelong.

The squabble over the two locations has been a long political football game – in the early 2000s, the Labor government proposed expanding the Port of Hastings over 25 years in three stages. It spent a bucket of money on reports and consultants. But something was amiss as the Port of Hastings land use and transport strategy was completed in September 2006, but the government stalled its release until March 2007 and again until December. Labor government ports minister Tim Pallas finally found time to visit Hastings in August 2009 to explain the plan to stakeholders, but still nothing happened.

Labor lost government to the Liberal-Nationals Coalition in 2010. The Coalition picked up the Hastings ball with ports minister Denis Napthine in mid-2013 committing $110 million over four years to do economic and scientific studies.

Labor lost interest in Hastings and started promoting Bay West. Why did it spend all that money and time looking at expanding the Port of Hastings?

The game entered the fourth quarter last year when the Coalition lost government after just four years in office. The Labor government cut the cash for Port of Hastings planning, devastating the expectations of many people.

People saw an expanded port as the key to reviving a town doing it tough, especially after job losses and contraction at BlueScope Steel, the area’s only major industry. Environmentalists were overjoyed as an expanded port would have put at risk Western Port’s unique natural values.

The Liberal-Nationals Opposition has gone in hard on the Labor government’s plan to lease the Port of Melbourne for 50 years (with the option of a further 20 years). Opposition Leader Matthew Guy and shadow treasurer Michael O’Brien have nails sticking out of their footy boots as they’ve tried to frighten Victorians about the government’s port lease plan.

They have claimed the entrance to Port Phillip, The Heads, will have to be blasted to allow larger ships of the future to enter. Southern peninsula Liberal MP Martin Dixon had a crack in the goal square two weeks ago when he said widening and deepening The Heads would make the controversial 2008-09 dredging “pale into insignificance” and ensure “the destruction of Port Phillip Heads Marine National Park”.

Greg Hunt got his hands on the ball in late June when he stood on an inner city beach with his state Liberal colleague Matthew Guy for a photo that went with a story in The Age in which Mr Hunt said he too was concerned about the environmental damage to Port Phillip that would be caused by “blasting” the entrance. (No appearance from either of these two gentlemen during the 2008-09 Channel Deepening Project (CDP), by the way.)

The blasting claim is a shocker, excuse the pun. The Heads have not been blasted since 1986. (It’s perhaps surprising that it occurred as recently as this, given that we’ve had some sensitivity toward the environment since at least the 1970s.)

Work by the dredger the Queen of the Netherlands in 2008-09 in The Heads was done with the maritime equivalent of one of those tunnelling machines. Most of the rock was sucked up and deposited off Mt Martha.

Blasting at The Heads started in 1883 when the pointy Lightning Rock, about seven metres below the waves, was felled. By 1900, the channel had been deepened to 10 metres. By 1924, various blasting episodes had deepened it to 13.1 metres. By 1986 it was 14 metres deep and no further work was done until 2008-09 when it was deepened to allow ships of 14 metres draught to enter.

Blasting was vigorously discounted by the Port of Melbourne Corporation during the CDP environmental effects process before work started in 2008. It was old technology and not suitable for the vast amount that needed to be removed (about 550,000 cubic metres along about one kilometre of rocky channel edge).

In 2003 the corporation stated that dredging at The Heads was going to be extensive because they knew they only had one bite of the cherry and would never be able to do any more.

The entrance to Port Phillip is 3.4 kilometres wide but the Great Ship Channel is just 245 metres. Either side of it is Lonsdale Rock on the western side and Corsair Rock on the eastern, Mornington Peninsula side.

So blasting is a myth and won’t occur.

There has also been vigorous argument about the size of ships that could enter Port Phillip in the future. This is not only connected to the claimed need to deepen The Heads as well as the shipping channels to the docks but also how long the port will remain viable. The Opposition claims larger ships will need to access the port but this is not clear.

Some shipping and logistics specialists state the Port of Melbourne (or a second container port) will never need to accommodate the so-called megaships of now and the future. Victoria and Australia generally will continue to be served by ships carrying 3000 to 7000 containers (twenty-foot equivalent units, or TEUs) well into the future.

The largest vessel visiting Australian ports is the so-called Post Panamax Plus, which carries 6000-8000 TEUs and has a draught of 14.5 metres. Maersk’s Triple E Class launched last year holds 18,000 TEUs and draws only 14.5 metres, although it is 400 metres long and 59 metres wide and could not enter The Heads or berth safely at the Port of Melbourne.

Dr Hermione Parsons of Victoria University’s Institute for Supply Chain and Logistics says megaships will never visit Victorian ports as our market is too small. She said they travel between Shanghai, Rotterdam, Los Angeles and other major trading ports that service large populations. “To say those ships will visit Melbourne is like saying a rocket to the moon will take a detour via Tasmania,” Dr Parsons told The Age.

Politicians have also been scrapping over the “container numbers” ball.

It has been reported the Napthine Coalition government used the assumption that the Port of Melbourne cannot move more than 5.3 million shipping containers a year to justify the development of Hastings.

But when the Port of Melbourne Corporation was justifying its $717 million dredging project, it stated the port would be handling 8 million TEUs a year by 2030. The entire economic case for channel deepening and its environmental risk assessment was built on the projection.

The Port of Melbourne will reach capacity by 2035 if the 5.3 million figure is used. Another consultant stated capacity would not be reached until about 2055, based on the 8 million figure.

This is very much a case of hiring a consultant to get the answer you want.

How not to say something

Overtime in this game of political football occurred last Thursday when the Andrews Labor government attempted to shirtfront the Opposition and the Greens after they blocked the Port of Melbourne Lease Transaction Bill 2015 in the upper house.

“Don’t stand in the way” warned Acting Premier James Merlino when he visited a level crossing in the eastern suburbs to launch a new “community campaign”.

In a media statement, he said the campaign would “allow anyone who is passionate about reducing road congestion, running more trains or saving Victorian lives to send a message to Victorian Liberal and Greens MPs to support the Labor government’s plan to get rid of these dangerous, deadly level crossings”.

“Last month, Coalition and Greens MPs teamed up in Parliament to oppose the removal of these crossings,” he stated.

On and on it went for more than 300 words but not one word about the port lease.