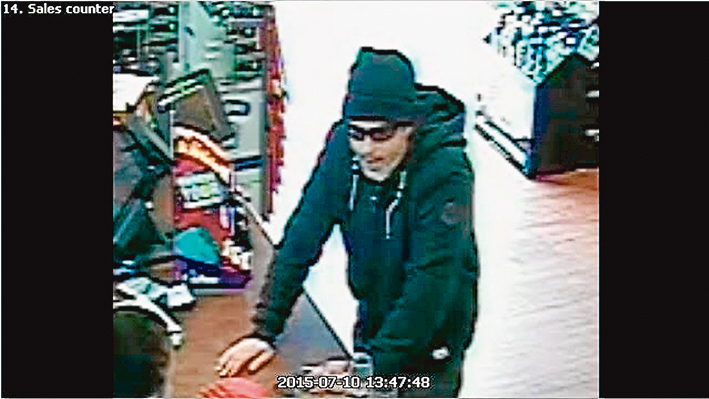 FRANKSTON detectives have released a still image of a man they would like to talk to over a robbery at Mornington’s Thirsty Camel liquor outlet, 1.40pm, Friday 10 July.

The man strode into the outlet at 1000 Nepean Hwy with what is believed to have been a hammer hidden inside his jacket. He demanded the sole attendant, a 20-year-old female, give him cash from the register and threatened to use the hammer on her if his demands were not met.

When she gave him the takings he ran to a white Ford utility with white hardtop canopy, and was about to drive off when challenged by the manager. “The thief then drove at and nudged the manager, who withdrew,” Detective O’Brien said.

He drove off south along Nepean Hwy.