Eagles swoop on Pythons to stay in flag race 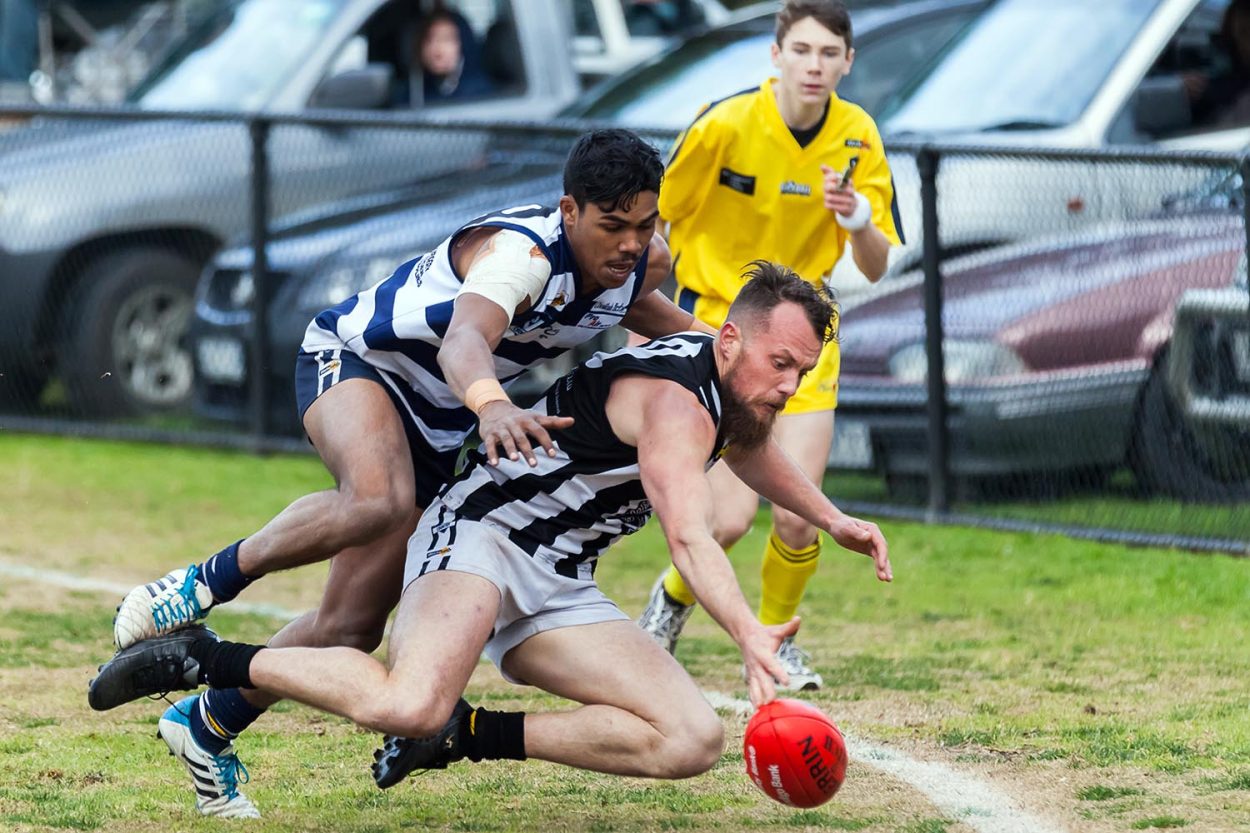 EDITHVALE-ASPENDALE proved that it cannot be discounted in the race for the Peninsula League premiership after thrashing Pines by 72 points in Saturday.

The Eagles were relentless from the first bounce, opening-up a three goal break at quarter time before smashing seven goals to four in the second quarter to open-up a 36-point break.

You could sense the week before against Langwarrin that the Eagles were building. Their best is certainly very good.

Garth was sensational and dominated all afternoon, while Mark Mullins had a big role to play once again on Guy Hendry and did the job.

Brett O’Hanlon once again showed he is a class above.

Luke Potts was at his finest for Pines and Will Goosey, son of Simon, booted a goal on debut for the Pythons. Aaron Edwards booted three goals.

On a day where they were celebrating the 10-year anniversary of their 2005 premiership, Langwarrin fought hard to get the win against Bonbeach on Saturday.

There was nothing between the sides all afternoon, however, the Kangas showed some much-needed grit and determination to boot three goals to two in the last and win 13.9 (87) to 12.7 (79).

Dylan Luxa and Rikki Johnston were brilliant for the Kangas for the second week on the trot while Mitch Cuthbert was extremely good on debut.

The Kangas were also strengthened with Andrew Withers, Ethan Rahilly and Liam Hogan in the team.

Owen Hulett was superb for the Sharks with five goals while Dylan Jones was sensational in the ruck.

Whilst it’s highly unlikely that the Kangaroos can make the finals, it’s still mathematically possible.

Hadley Tomamichel and Luke Van Raay were the best of the Bulls, along with Dylan Gregson and Bevan Malloy.

Aaron Walton was the best player on the ground with six goals for the Tigers while Josh Stokes and Matt Herbert also played outstanding games.