Half way wrap for Nepean and Peninsula leagues 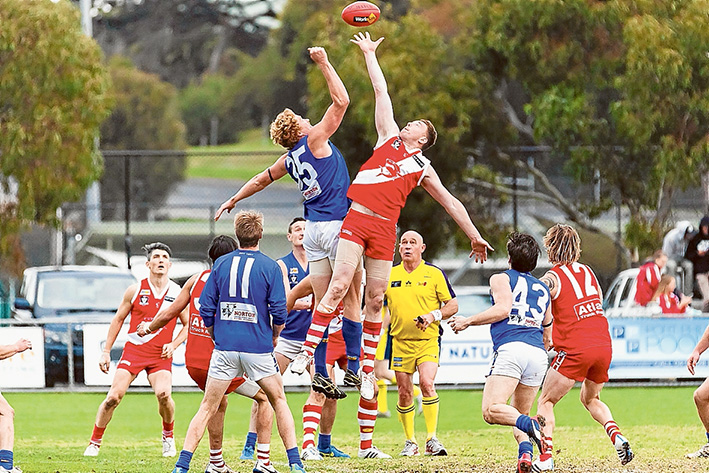 With just six rounds before the end of the MPNFL Nepean Division season, former Devon Meadows coach and radio RPP commentator Brent Clinnick assesses the chances of the six sides still in the premiership hunt.

Here is Clinnick’s views on the clubs looking to claim the 2015 Premiership.

My tip: Runners up

My tip: Makes finals but is a first week casualty

My tip: Will finish 4th and advance past Hastings first week of the finals but will be a second week casualty.

THERE are seven rounds left in the MPNFL Peninsula Division season.

In a very tight competition, it appears only the top four sides can win it.

RPP commentator and our very own Toe Punt looks at where the top clubs are at and predicts the final outcome.

My Tip: Can’t win the flag

My Tip: Will play in the grand final

My Tip: goes into second week of finals

My Tip: Loses to Pines in Elimination Final