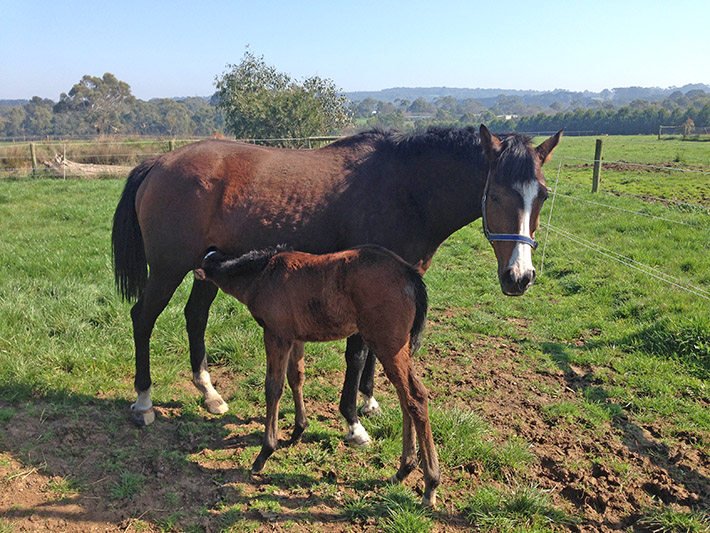 Police and the mare’s owner are puzzled by the killing, but have not ruled out it being “industry based” or a case of mistaken identity.

Stud farm owner Tony Biddle said the 14-year-old brood mare Arriere was “shot between the eyes” by a high powered rifle from about six metres away early Saturday morning.

Mr Biddle said on Monday he heard the shot at about 1.30am but did not realise its significance.

He checked the area around the homestead but assumed it was a car backfiring near his farm, which was established in 1996.

The farm is believed to be home for bloodstock valued at $2 million or more.

“Someone’s got a grudge against her or us. To kill a racehorse is just not on,” Mr Biddle said Monday.

The $100,000 horse – by Kashani (USA) from Hidden Depths (NZ) – was with other brood mares in a front paddock being readied for breeding.

“I don’t think anyone hates us, but I’ve got a few ideas and the police have a few ideas,” Mr Biddle said.

Mr Biddle said he had “not discounted the idea that the killing may be industry-based, or perhaps they just got the wrong property”.

“The industry is interesting. Some people know everything about everyone, while we are very private people and prefer to keep to ourselves.

“Some people are very serious about some things. Maybe it was an unhappy punter.”

Purana Taskforce detectives are understood to be inquiring into the betting habits of a number of punters.

Mr Biddle said he had told neighbours of the shooting and was now moving other mares to other paddocks for safety. Cows are being relocated to roadside paddocks.

He said he had been with the horses late on Friday, feeding them hay to keep them warm in the predicted freezing temperatures.

He said the killer would have had to cross several electric and barbed wire fences to get to the horse which was shot with a hollow point bullet and possibly “dead before it hit the ground”.

“She was a lovely mare and would have come to the fence to meet her killers,” he said. “She did not deserve to be killed in this manner. These are cowards who knew what they were doing.

“If you hear someone claiming that they killed a horse recently, let the police know so that we can prevent this happening again.”

A search using a metal detector later on Saturday failed to find the spent cartridge, suggesting the killer had removed it to cover his tracks.

“These types of people get what they give in the end,” Mr Biddle said. “Cowards that creep around in the dark of night to kill a beautiful mare need to be taken off the streets.

“To kill a horse is not good, but to kill such a lovely mare is appalling.”

The thoroughbred won several races in Victoria before being retired five years ago. She had since had three foals, two being multiple winners, and a weanling filly on the ground.

Mr Biddle said Hastings police, who attended the scene, had “assumed the person or persons involved went to some lengths to kill the mare”.

“The kill shot was professionally executed by someone that clearly knew how to kill a horse,” he said.