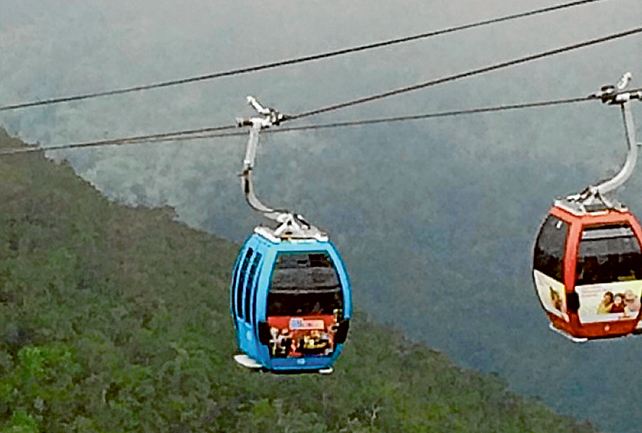 THE signing of a 50-year lease has cleared the way for the proposed $16 million Skylift gondola service at Arthurs Seat.

Parks Victoria will spend $1.5 million on car parks and “visitor facilities” to “compliment” the project.

Ms Neville said construction of the gondola project was expected to start soon, “after all approvals have been received, with a proposed opening date in late 2016”.

“An elevated cable ride has operated at Arthurs Seat since the early 1960s, and continues to be supported by Parks Victoria’s management plan since the closure of the previous chairlift, due to safety concerns in 2006,” a news release from Ms Neville’s department stated.