Greens give to MP’s autism walk, call for more support 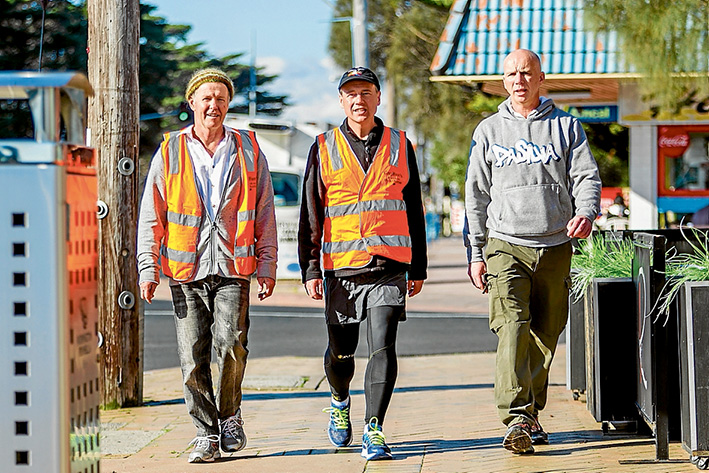 The $100 donation was handed to Mr Hunt, the federal environment minister, during his lunch break at Rye last Thursday along with a letter asking him to “fight harder for additional support for people with autism”.

“We know you will receive this letter in the friendly spirit of community engagement and cross party support for which it was meant. We look forward to find more common ground in the future.”

The MP is again walking 500km around his electorate for charity, this time to raise funds for peninsula-based Abacus Learning Centre, which provides therapy for children with autism, and Amaze (Autism Victoria).

He started at Arthurs Seat on 20 July and finishes at Cowes on Phillip Island on 7 August.

Mr Hunt is running his environment portfolio on the run, so to speak. Last Wednesday he was shown striding into the tourism information centre in Dromana to change from fluoro walking gear into a suit before fronting the media to criticise Labor’s clean energy target of 50 per cent by 2030.

“This group of people in our society deserve support to be the most productive citizens that they can become as well as lead fulfilling lives,” he said.

“We believe that you could do more by:

Mr Hunt, speaking by phone while walking between Rye and Blairgowrie, and heading toward the 100km mark, told The News he and Senator Mitch Fifield had fought to get autism included in the NDIS, “a huge step forward from the previous government”.

“Lots of parents [of children with autism] said this was the most important thing to happen in Australia,” he said.

Thirty per cent of people taking part at NDIS trial sites have autism and 70 per cent of those were children aged between two and five, he said.