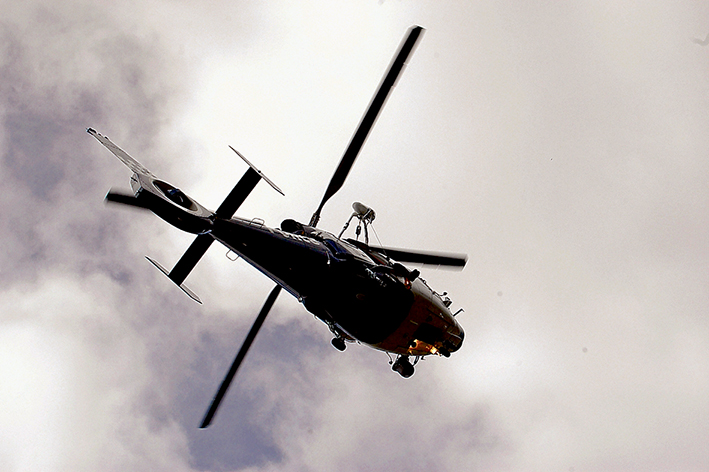 Pad protest: Pen X was originally formed to fight proposals for five helicopter landing pads across the Mornington Peninsula but quickly morphed into a more wide-ranging activist group. The group was against the increased use of private and commercial helicopters, not those used by emergency services or the police, as pictured.
Share
Facebook Twitter LinkedIn Pinterest Email

A PENINSULA-based email “clearing house” that distributed environmental and planning information to about 200 members is set to fold.

Peninsula Exchange Inc – Pen-X for short – was started in 2006 by residents concerned about proposals for five new helicopter landing pads on the peninsula, the Chateau Elan conference centre next to Greens Bush in Mornington Peninsula National Park, and a big tourism complex at McLears Hill in Dromana.

(The chopper pads and Chateau Elan did not go ahead, although McLears Hill remains a live planning permit.)

There was also disillusionment with Mornington Peninsula Shire Council with claims made at the group’s first meeting in May 2006 that the council was a secret society, shire executives made decisions without input from councillors, and planning decisions were made with “limited opportunity for discussion between council and the public”.

The original idea was to form a “super” environment group but this morphed into the email service only. It cost nothing to join and was supported by donations.

Individuals or groups could send their information to Pen-X’s secretary and it was checked and forwarded to a list of people that included environmentalists, several shire councillors, shire officers, MPs, developers, journalists and others, with everyone keeping an eye on everyone else.

The group was originally to be named Protect Our Peninsula but this had been registered so Peninsula Exchange was chosen.

Pen-X avoided party politics although groups were able to send out political information that related to environmental and planning issues.

The group did not provide advice on planning issues and did not get involved in council elections although there was an incident last year during the lead-up to the byelection for Red Hill Ward when an email supporting some candidates was sent to the list, and later criticised.

The email service was an early version of what is now achieved by social media sites like Facebook and Twitter, and it is social media that has caused the demise of Pen-X, according to president Peter Avery.

In an email to members last week, Mr Avery, also a member of community lobby group Peninsula Speaks, stated “at the AGM held on 12 June, a unanimous decision was made to wind up Peninsula Exchange Inc”.

He stated this was due to fewer emails being received, “ongoing decline in membership, and recognition that social media has taken over … information dissemination”.

Mr Avery said the decision had “the blessing of founder Ted Crawford who understands [that] Pen-X is no longer as relevant as when first established”.

Members will vote electronically next month. They will be given the option of joining the Peninsula Speaks email list.

A co-convenor of the first meeting, Jim Kerin, told The News the need for a peak environment body on the peninsula was greater than ever before. “As was said at that 2006 meeting, it is vital to have community action groups to interact with government and gain experience that can be passed to other groups and individuals facing new planning and conservation challenges,” he said.

“Developmental and tourism pressures on the peninsula will continue to increase, and residents must stand up and push authorities to strike the right balance.”