Warrant for the arrest of Tyson Wilson 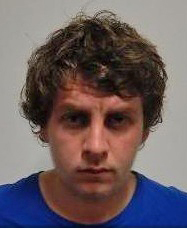 The 22 year-old Hastings man was scheduled to face the Frankston Magistrates’ Court on Contravening a Community Corrections Order on 26 June 2015 but failed to appear on bail.

A warrant has been issued for his arrest.

Wilson is known to frequent the Hastings area.

Investigators have released a photo of Wilson in the hope that someone may have information on his current whereabouts.

He is described as Caucasian in appearance, with brown hair.

Anyone who sees Wilson is urged to contact Crime Stoppers on 1800 333 000 or submit a confidential crime report at www.crimestoppersvic.com.au