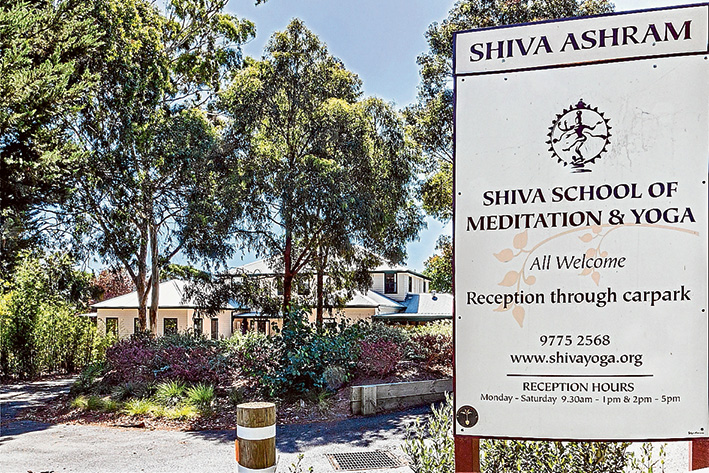 CREDITORS have so far lodged claims of $2.334 million against Shiva Yoga Inc, which went into voluntary liquidation in April.

The organisation’s main assets are three houses in Mt Eliza, two in Petrel Av and one in Clendon Close.

The properties are near the Shiva School of Meditation and Yoga, headquartered on a much larger property in Tower Rd.

However, the residential ashram in Tower Rd surrounded by carefully tended gardens around an ornamental lake is owned by Shiva Yoga’s former spiritual leader, Russell Kruckman, also known as Swamiji and Swami Shankarananda.

Its mortgagee, the Bendigo Bank, is handling the sale of the more valuable Clendon Close property.

Mr Burness said Shiva Yoga “has very little cash” and the net funds from the sale of the three properties would go towards clearing up outstanding debts and claims.

Mr Burness said Shiva Yoga Inc had paid for extensions to the Tower Rd ashram – owned by Mr Kruckman – “for which in due course we’ll seek repayment”.

Financial records seen by The News show that show $1.38m has been spent improving the ashram building and lists Swami Shankarananda as having loaned the organisation $373,508. “Retained earnings” of $2.9m were shown for the year ended 30 June 2014.

Mr Kruckman is one of the creditors who have lodged a claim against Shiva Yoga.

However a caveat lodged by him on two of the three Shiva Yoga-owned properties two days before the appointment of the liquidators have now been lifted, according to Mr Burness.

St Kilda lawyer Angela Sdrinis is also preparing a claim on behalf of a number of women who claim to have been victims of sexual misconduct by Mr Kruckman while attending the ashram.

Mr Burness said he has communicated with Ms Sdrinis but as yet has not received any claims on behalf of her clients.

When announcing its appointment in April, Worrells issued a news release that quoted Mr Burness as stating “I am cognisant of the allegations against the ashram and would be dealing with all potential claims as part of the liquidation process”.

Ms Sdrinis has previously told The News she wants to settle the claims out of court.

However, the allegations of sexual assault by Mr Kruckman continue to be investigated by the Seaford-based SOCIT (Sexual Offences and Child Abuse Investigation Teams).

While confining her claims to women making allegations of sexual impropriety against Mr Kruckman, Ms Sdrinis said she had spoken with other men and women formally associated with the ashram in regards to unpaid wages; taxation; whether “people were volunteers or employees”; donations; and donated works.

Mr Burness remains hopeful that tax concessions granted to Shiva Yoga Inc will not be withdrawn by the Australian Tax Office.

“At this stage they [the ATO] seem satisfied and the organisation is still on the [exemption] register,” he said.

If the tax exemptions were withdrawn the amount of money available to pay out Shiva Yoga’s creditors could be diluted further by it having to pay capital gains tax.

A spokesperson for the Australian Charities and Not-for-profits Commission (ACNC), which advises the ATO on the suitability of an organisation to receive tax exemptions, said that if revoked tax liabilities could be backdated to 2012.

This was confirmed last week by an ATO spokesman: “Due to secrecy provisions in the taxation legislation, we are unable to provide specific information on individual cases. If an entity’s tax concession status is revoked and that revocation is backdated, the ATO is able to seek payment of taxes due from the date of that revocation. The taxes likely to be affected are income tax, including refund of franking credits, and fringe benefits tax.”

Shiva Yoga has been seen as a not-for-profit and has been granted a tax concession by the ATO, GST concession, FBT rebate and income tax exemption.

Mr Burness said he had specialist tax advice to effect that the tax exemptions should stay.

He is now awaiting delivery of “last year’s audited financials”.

Relations remain strained between those still aligned with the ashram and many who have left disillusioned after revelations in December 2014 of sexual impropriety between their guru and many of his women devotees.