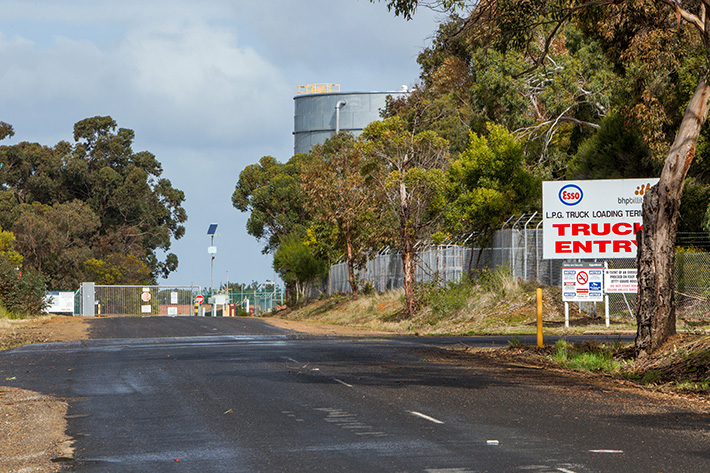 ABOUT 50 Esso workers at the company’s Hastings plant at Long Island Point are taking industrial action in opposition to longer shifts, roster changes, and staff cuts.

The workers are covered by an enterprise agreement covering Long Island Point, Longford, and the Barry Beach marine terminal.

An Esso spokesperson on Monday said the longer working roster – 14 days on and 14 days off – “is actually for the workers at our offshore facilities – not Long Island Point”.

“Under the most recent offer we made to the workforce the current seven day on seven day off roster was retained, but we added an option for a 14-day on 14-day off roster on a voluntary basis,” he said.

But members of the Amalgamated Metal Workers’ Union and Electrical Trades’ Union fear the issues will jeopardise hard-fought working hours, conditions and safety.

The ETU’s Peter Mooney said while workers covered by the existing EBA could volunteer for the longer shifts – or remain on the existing seven-day roster – Esso was stipulating that “any new hires go straight onto it”.

“Our view is that, if this goes ahead, everyone will be forced onto it eventually,” he said.

“And, come the next EBA, it will be a fate accompli. When you have cracked the egg you have got it.”

Mr Mooney said other concerns were proposed cuts to shift manning. “Our members are concerned about how they are going to handle an emergency,” he said.

Another point of difference is Esso’s proposed right to change shift hours unilaterally, regardless of long-standing convention.

“Our members and their families have built their lives around regular shift hours and, to throw this all away, is overwhelmingly opposed by our members,” Mr Mooney said.

Workers have responded with protected strike action, including bans on overtime, call-outs and stoppages, since a breakdown in the 11-month negotiations over a new workplace agreement.

In retaliation, Esso has locked out the workers with a notice which requires them not to work for two hours each day “consistent with the timing of notified protected industrial action from the unions”, the spokesman said.

This affects the 50 members at Long Island Point covered by the AMWU and ETU.

The Esso spokesman said the company “had been working cooperatively with our workforce and their representative unions in good faith … with the aim of reaching a timely and mutually beneficial agreement”.

“This has included putting forward a generous wage increase, significantly above current CPI, in exchange for important productivity improvements to help prolong the operating life of our operations and associated employment. Most of the improvements are accepted industry practice,” the spokesman said.

He criticised the indefinite protected industrial action – “with options for up to 22 different work ban actions, including stoppages of up to five hours each day, as well as bans on the performance of some types of work and overtime”.

“However, the way in which this industrial action has been undertaken has been sporadic in nature, with not all bans and stoppages applied, with stoppages being withdrawn at the last minute in some cases, and in other cases with little notice provided to Esso in advance of when stoppages will occur, in order to maximise the disruption to our business.

Mr Mooney said the union “calls on Esso to accept the ballot result and to recommence negotiations with its employees in good faith”.

“They are seeking to attack our working conditions in general and yet we have had ‘no’ votes of up to 98 per cent by our workers. These are massive votes against them.

“We are disappointed that Esso has chosen an escalation of hostilities over sitting down and resolving the issues in dispute through sensible discussions with unions.”