Students go to mosque for lesson on Islam 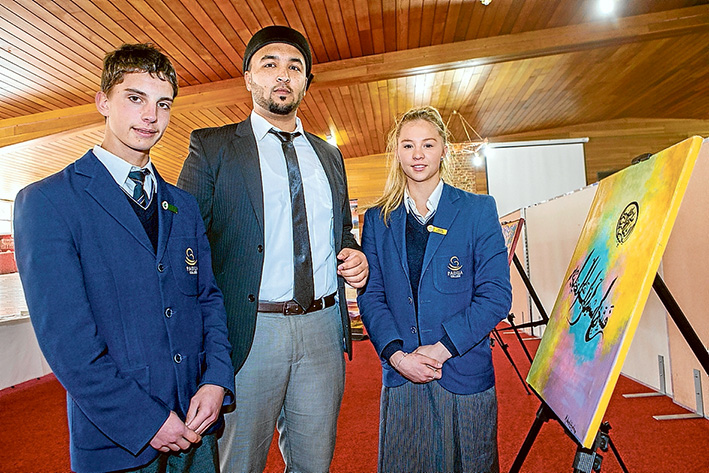 STUDENTS from Padua College, Mornington, were given a glimpse into the world of Islam during a visit to a mosque in Langwarrin.

For the second year running the college has visited the Bait-ul-Salam Mosque where they are given a talk about the basic teachings of Islam by Iman Syed Wadood Janud.

“The purpose of this visit is to educate young Australians about Islam, and repelling any misconception and negative perceptions they have,” mosque spokesman Soofi Aziz said.

Arriving over two days in several groups, the 300 students were told by Iman Janud that Islam is “a religion that teaches peace, tolerance and harmony”.

He spoke about how Islamic teachings relate to a Muslim’s daily life through prayer, celebrations, the “Islamic concept of charity” and pilgrimage to Mecca.

Muslims who attend the mosque are members of the Ahmadiyya Muslim Community, an Islamic movement whose members are persecuted by Muslims in some other countries, particularly Pakistan.

“Anyone who commits a barbaric act or any form of terrorism in the name of Islam has nothing to do with its true teachings,” Iman Janud told the students.

He said the Prophet Muhammad had “championed religious freedom, women’s rights, and worked tirelessly to establish peace and tolerance in the society”.

“It is sad that in this day and age a small minority of so-called Muslims have misrepresented this peaceful religion and certain sections of people now associate Islam with terrorism and extremism.”

While at the mosque the Padua students were shown an exhibition of the Koran and Islamic literature as well as banners displaying teachings from the Koran on science, cosmology, love, brotherhood, peace and humanity.