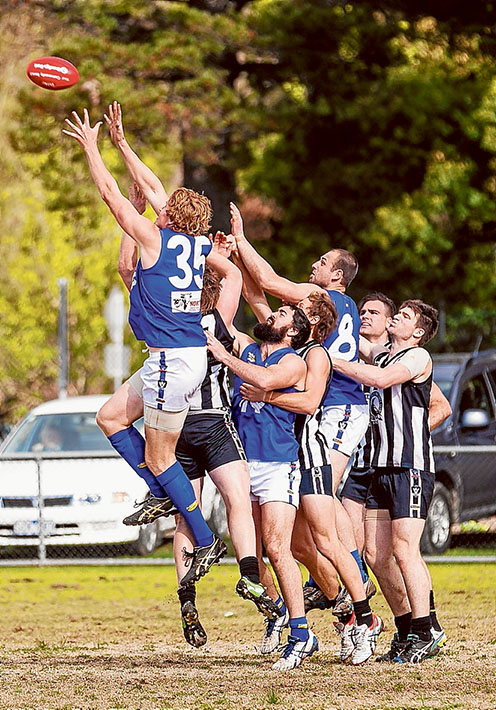 CRIB Point’s season continues as normal with another comfortable loss at the hands of Hastings.

The end of the year cannot come quick enough with the final siren next Saturday being met with relief so the club can put what has been a disastrous season behind them.

Crib started strongly again only for Hastings to wrestle control back in the second quarter and take control in he second half to comfortably run away with a 66 point win.

Matt Wappett was best on ground and was supported well by Matt Sloper and Jayden Espenschied who competed all day against the tide.

Michael Cook was also very good in his 200th club game for Crib Point in a result that didn’t do the occasion any justice.

Next Saturday at 5pm will be a good time to look back and reflect on what the problems this year were, rectify them and start planning the climb back up the ladder in 2016.

The reserves were right in their contest until the end but lack of finish saw them go down by three goals.

It was a tight affair for the entire day with a goal or less separating the two sides at every change before Hastings got away late.

For the first time all season the reserves had several avenues to goal which made a huge difference as Jake Condick kicked three with Neil Clark, and Dean Warry snagging two apiece.

Pete Coelli was best afield with Danny Edwards playing a solid support role through the middle with plenty of possessions.

It was an honourable loss which is still not acceptable but they’re far better than some of the other hidings that have been inflicted in recent weeks.

The under 19s locked in their top three status with a 33 point win over Hastings in the early game.

Inaccurate kicking kept Hastings in it. They refused to go away but the class of the boys prevailed eventually.

Zac Vines and Ethan Smith kicked three each with Ethan Smith getting the job done at both ends of the ground in a best afield display.

The 19’s are on the verge of something special and hopefully they realise how rare it is to get the chance to play finals football with a group of mates the same age that you knock around with together off the field too.