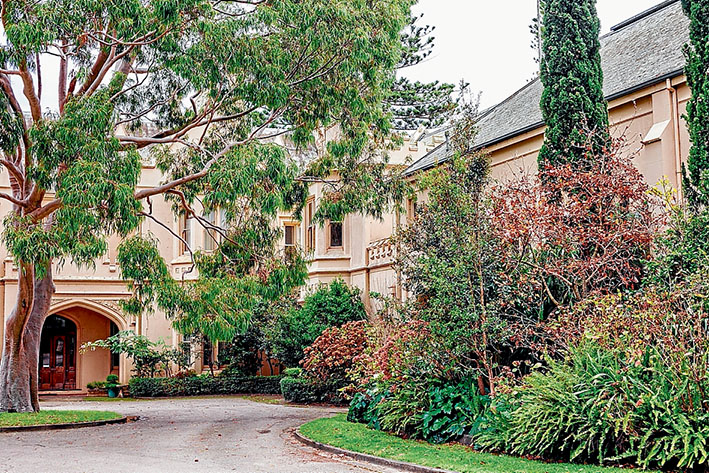 The investors include a group from overseas who recently toured the peninsula looking at opportunities.

Sunny Ridge strawberry farm in Main Ridge, and Moonah Links golf course in Fingal (inland from Rye) are the two latest properties to join a growing list of landmark holdings on the market or already sold.

Moonah Links leads the pack, having been sold two weeks ago to overseas buyers for an undisclosed after being on the market for more than a year.

Sunny Ridge, Australia’s second-biggest strawberry producer, is offered for sale by tender with three serious buyers shown over the operation recently. The business has four farm blocks, one in Queensland (104 hectares), one in the Yarra Valley (118ha) and two on the peninsula (combined 108ha) that include the lucrative retail outlet and pick-your-own fields at Main Ridge. Sunny Ridge also grows blueberries, raspberries and blackberries, and has a turnover of $30 million a year. The company sold 2.6 million kilograms of berries in 2013-14.

Moonah Links with its 88-room Peppers hotel and conference centre went on the market more than a year ago with a price of between $10-15 million. Set on 238 hectares, it comprises two golf courses designed by five-time British Open champion Peter Thomson. It was owned by Paddy Handbury, a nephew of Rupert Murdoch.

Eagle Ridge golf course is about 45 hectares. It started out as the smaller Carlogie golf course. It 1988 an additional parcel of land was purchased, and a championship-standard course opened in 1989. It was acquired by the Russo family in 1995. A new clubhouse with ballroom and commercial kitchen was built in 2000, and fairways were changed to drought-tolerant grass in 2007-08, nearly halving water use. Its replacement value has been reported as being $15 million plus but it’s on the market for about $10 million.

Sorrento’s Continental Hotel has been for sale since March (“Sorrento hotel on market for $15m”, The News, 17/3/15) and has attracted wide interest. It was built by the “Father of Sorrento” George Coppin in 1875 and is the only four-storey limestone structure in the southern hemisphere. It’s had just eight owners in 140 years including the Di Pietro family, who bought it in 1996.

Whitehall Guest House at the ocean end of Ocean Beach Road, Sorrento, is reputedly another Coppin creation. It was built in about 1903 and is one of the town’s few remaining grand guest houses from the halcyon days of the late 19th and early 20th century. It has 31 bedrooms, two large lounges, a courtyard, dining area for 100 and is not subject to foreign investment restrictions, according to its selling agent.

The Pig and Whistle Tavern on Purves Rd, Main Ridge, is on the market again after just two years. It is listed at $3.4 million and is being sold by Mornington commercial estate agent Kevin Wright.

Colonial Leisure Group, owned by Computershare founder and millionaire Chris Morris, is selling the Portsea Hotel, a version of which has existed since 1876.

The price has been reported as $25 million but an industry insider told The News the property itself was worth $16 million and the value of the business would go on top of this.

Rumours of the sale being due to the loss of the beach below the hotel since channel dredging in 2009 have been scotched by several sources but The News understands the business is not doing as well as several years ago when it was under different management. Mr Morris acquired a 100 per cent interest in the pub in 2012.

Colonial Leisure Group owns several other well-known pubs in greater Melbourne. It also owns Barragunda, the historic property in the green wedge at Cape Schanck that has a permit for a brewery, restaurant, function room, produce outlet, retail plant nursery and caretaker’s house. The permit was issued by the shire council more than four years ago but nothing has been built.