Union trouble at Esso as focus shifts to gas 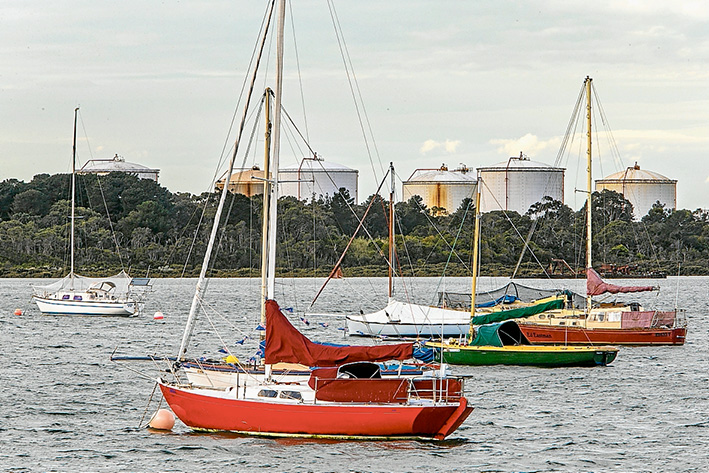 Barbecue views: Workers picketing Esso’s Long Island Point plant would have had a picturesque view of the point of their protest when taking a break for a barbecue on the foreshore at Hastings. Picture: Gary Sissons
Share
Facebook Twitter LinkedIn Pinterest Email

THE future of Esso’s Long Island Point fractionation plant at Hastings is assured as the company charges ahead to tap into Bass Strait gas that it says will supply a city of one million people for 35 years.

Talking up the company’s future at its annual Western Port community and stakeholder liaison dinner in Hastings last week were Richard Owen – the chairman of Esso’s parent company, ExxonMobil Australia – and Steve Williams, plant manager of Long Island Point (LIP), which marks its 45th birthday this year (and the ExxonMobil–BHP Billiton 50-50 joint venture celebrates 50 years since the first gas flowed in Bass Strait).

But one dark cloud overhead is the ongoing battle between the company and its workforce that has seen about 50 workers locked out of the Hastings plant every morning for two hours for many weeks as well as similar action at the Longford plant and Barry Beach marine terminal in Gippsland, and on oil and gas rigs in Bass Strait.

Esso and its workers are at loggerheads over conditions in the proposed enterprise bargaining agreement with the main sticking points being ExxonMobil wanting rig workers’ roster to change from 7 days on 7 days off to 14-14 and cuts to employee numbers and shift times at both LIP and Longford.

LIP workers left the picket outside the plant last Friday and cheered themselves up with a barbecue near Pelican Park recreation centre with some perhaps looking darkly across Hastings Bight to the plant from which they had again been excluded that morning.

At the liaison dinner, Richard Owen told about 80 people (representing organisations such as Mornington Peninsula Shire, schools, Victoria Police, CFA, SES, health services, community houses, chamber of commerce, Port of Hastings, and environment groups) that the new EBA being “negotiated” was the start of the change process as the company moved from the oil business to gas as Bass Strait oil declined.

The Bass Strait joint venture once produced 500,000 barrels of oil a day.

Now it’s 50,000 barrels and continuing to fall as reserves dry up.

Union spokesman Peter Mooney told The News that Esso was playing hard ball and wanted to change rosters for onshore workers to enable longer shifts, flexible start and finish times, remove apprentice rates and other changes that workers had rejected.

“Esso makes $1 billion profit each year but is crunching the lives of its workers,” he said.

“Our members are concerned about how they are going to handle an emergency,” he said.

“Our members and their families have built their lives around regular shift hours and to throw this all away is overwhelmingly opposed by our members.”

In early August, an Esso spokesman said the company had put forward a generous wage increase, significantly above current CPI, in exchange for important productivity improvements to help prolong the operating life of our operations and associated employment.

He said the industrial action had made it difficult for Esso to plan and execute a range of maintenance work, which had also delayed some project work.