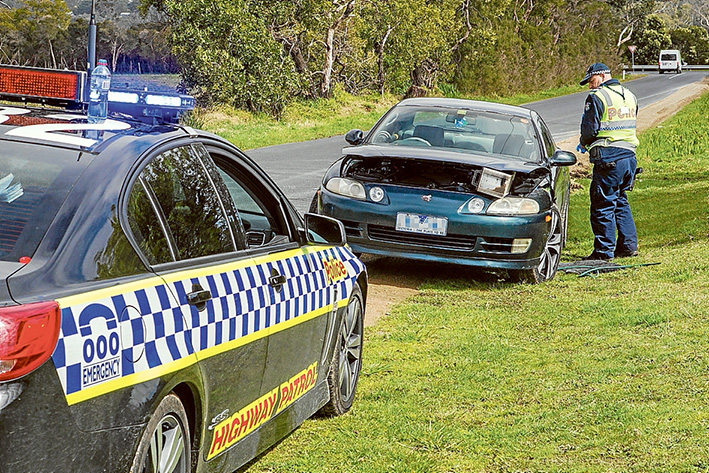 Police Dog Squad Tyabb. Not sure on the full story but Police from Hastings and Rosebud were in O'Neills Rd Tyabb. There was something about a person syphoning petrol, not sure if car was stolen and why the bonnet was open? The perpertrator did a runner and the Dog Squad was called in to search. The Police Dog managed to find the person and Police apprehended the person, an Ambulance was called and the person was taken to hospital suffering dog bites. Please check on the story as I got this second hand from a TV videographer who had to ring Police Media Liason.
Share
Facebook Twitter LinkedIn Pinterest Email THE freezing waters of a Tyabb dam might not be everyone’s idea of a good hiding place, but they appealed to a man running from police on Monday.

Highway patrol police identified the Hastings man, 30, in O’Neills Rd as “someone we would like to speak to”, but he ran off, overland, when approached.

Sergeant Simon Noonan, of Hastings police, said the fugitive “went to ground in a dam” – until police called in the dog squad which was nearby. Without hesitation one of the dogs jumped in, swam out and seized him by the arm, and brought him back to the bank. The man was taken to Frankston hospital to be treated for hyperthermia. Sergeant Noonan said he was expected to be charged with “traffic matters”.