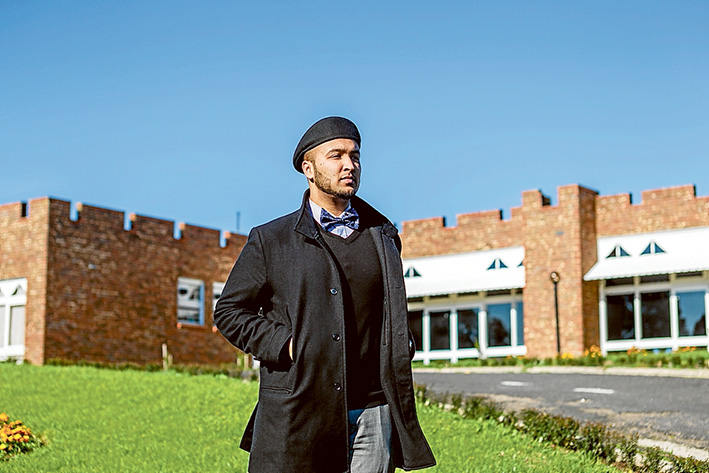 Increased security: Imam Syed Wadood Janud does not want to lay charges over assaults at the Bait-ul-Salam Mosque, Langwarrin, although changes will be made to improve security. Picture: Yanni
Share
Facebook Twitter LinkedIn Pinterest Email

THE leader of a mosque at Langwarrin believes a vendetta is being waged against his congregation.

Imam Syed Wadood Janud said three men were attacked at the mosque by intruders at about 9pm on Friday 4 September, leaving one victim with a broken nose and the others with facial injuries.

The Bait-ul-Salam Mosque in Leisureland Drive is the Victorian headquarters of the Ahmadiyya Muslim Community, an Islamic movement whose members are persecuted by Muslims in some other countries, particularly Pakistan.

Members of the community were said to be in shock at the cowardly attack and security at the mosque is to be increased with the addition of CCTV caneras and higher fences.

Imam Janud said three men who abused and assaulted members of the group had “probably been here before”.

Senior Sergeant Ron Barbury, of Carrum Downs police, is appealing for witnesses to the incident in which two Muslim men in their 60s and a 45-year-old man were assaulted. A 61-year-old Cranbourne man had his nose broken and the others sustained facial injuries.

“The mosque is out of the way and does not attract attention,” he said. “You would have to know it’s there to go there. It’s not like it’s on a main highway.

“It was certainly a targeted attack.”

The offenders had jumped the fence to gain entry to the mosque premises. “They are the same fellows; they are targeting us. It is sad that these few people in the community are against us.

“We endeavour to reach out to the community so that people know what we stand for.”

Despite the violence the centre will not be seeking criminal charges.

“We will ask the police to have them come and visit the mosque so that they can see who we are and to discuss any issues they may have,” Imam Janud said.

“We want to be part of the community in Langwarrin and, hopefully, after talking with them we may change their minds.”

Senior Sergeant Barbury said he was planning to visit the centre this week “to reassure members” of police support.

A pressing topic of discussion will be a 10 October rally by far-right fringe groups – perhaps United Patriots Front or Reclaim Australia – protesting against mosques and their teachings generally.

“We have been advised a call to protest has gone out and – in the event it goes ahead – we will have a police presence there,” he said.

“We are not sure how organised these people [the protesters] are so we will be preparing just in case.”

Senior Sergeant Barbury added: “What drives people to do these kinds of acts I don’t know. Whether they like it or not, we have a lot of different religions and races in our community and we have to live harmoniously. Targeting a particular group of people for whatever reason is pointless and wrong.’’

He said the three offenders were in their early 20s, Caucasian and wearing hooded jumpers.