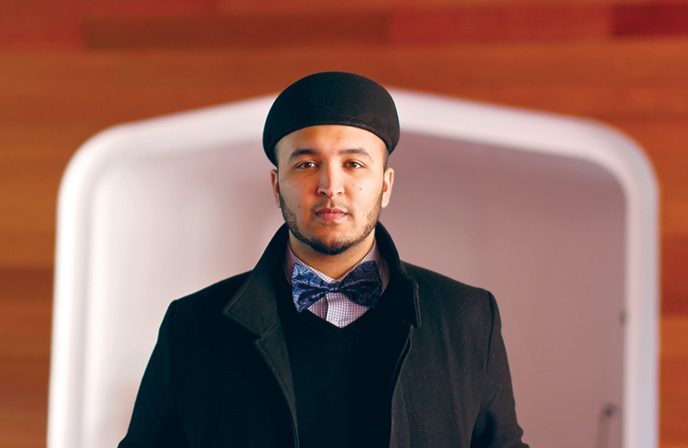 IN a show of peace that reflects a main tenet of the Ahmadiyyan Islamic sect, the leader of a mosque in Langwarrin has shared a meal with the father of a young man who allegedly attacked members of his congregation.

A 61-year-old man was admitted to hospital with a broken nose and other injuries after being attacked by three men who are believed to have jumped a fence to gain entry to the Bait-ul-Salam Mosque in Leisureland Drive.

Police are believed to have identified and spoken with the three alleged intruders who were described by witnesses as being aged in their early 20s, Caucasian and wearing hooded jumpers.

No charges have been laid at this stage and the leader of the mosque, Imam Syed Wadood Janud, has said he does not want retribution.

Instead, he would rather the intruders and their families and friends go to the mosque for a barbecue.

”It’s an educational process and the suspects are young, but the course of justice has to be worked through,” Senior Sergeant Majftorovic said.

The assaults at about 9pm on Friday 4 September were the latest in a series of offences against the mosque over the past two years.

In other incidents, bottles have been thrown and worshippers abused by intruders in the grounds of the mosque and sensors have been damaged on the electronic gates.

“If they ring the bell we can let them in,” mosque spokesman Aziz Bhatti said.

Mr Bhatti said Imam Janud had had lunch on Monday 14 September with the father of one of the three men allegedly involved in the latest attack at the mosque. Two police and the three victims had been among the 10 or 12 people at the lunch.

He said the victims had also said they did not want charges laid against their attackers but realised this would be a decision made by police.

“The police have called the families [of the alleged attackers] and have told us it should be seriously investigated,” Mr Bhatti said.

“If the father and police agree, we’d like to have a barbecue or an event of some sort of event if they want to come back again.”

The mosque is the Victorian headquarters of the Ahmadiyya Muslim Community, an Islamic movement whose members are persecuted by Muslims in some other countries, particularly Pakistan.

Following the latest incident Imam Janud said he believed three men who abused and assaulted members of the group had “probably been here before”.