Auditioning for life in film 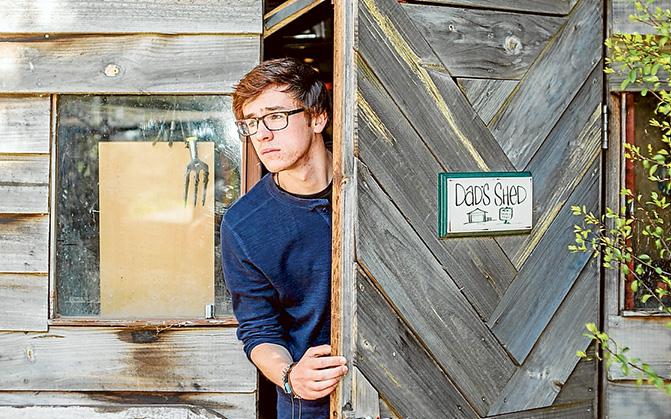 THE “thrill of the performance” drives Mt Martha actor and director Callum Needham, who has written, produced, directed and acted in his own short film, Fatum, being shown at the Astor Theatre, East St Kilda, in November.

Named after the Latin word for destiny or fate, Fatum has a strong anti-bullying theme and also offers a positive message for young teens not to bow to peer or parental pressure but to follow their dreams.

Needham, who attended Mt Martha Primary School and Mt Eliza Secondary College, began his acting career in Grade 6 in primary school productions and continued right to the end of secondary school. He then took a gap year to visit Europe.

Now 21 he is in his final year at Deakin University where he has been studying film and digital media for the past three years. Fatum is the result of an assignment in which he had to write and direct his own composition. “I felt strongly about the central theme as a result of past experiences and it just came naturally.”

He is soon to audition for both the National Institute of Dramatic Art and the Western Australian Academy of Performing Arts and hopes to be able to continue to follow his acting ambitions at one of these academies.

Needham has also written, produced and acted in other Deakin productions, and has had another of his films: These Four Walls, short listed for the Rosebud Short Film Festival. Fatum may be entered this year.

Aspiring to a career “treading the boards” is not for the faint-hearted. “WAAPA has a single audition with the aspiring actor doing a Shakespearian monologue, while NIDA demands both a Shakespearean monologue and a contemporary piece in front of all those auditioning,” he said last week.

“At the end they sit us down and whittle away reducing us from 40 to three, so it’s pretty soul-destroying.

“I first did an audition there when I was in Year 12 aged 17. I didn’t know what to expect then but I will be doing it all again at the end of the year.”

He said acting was also about being someone else. “You can be a child and just play,” he said.