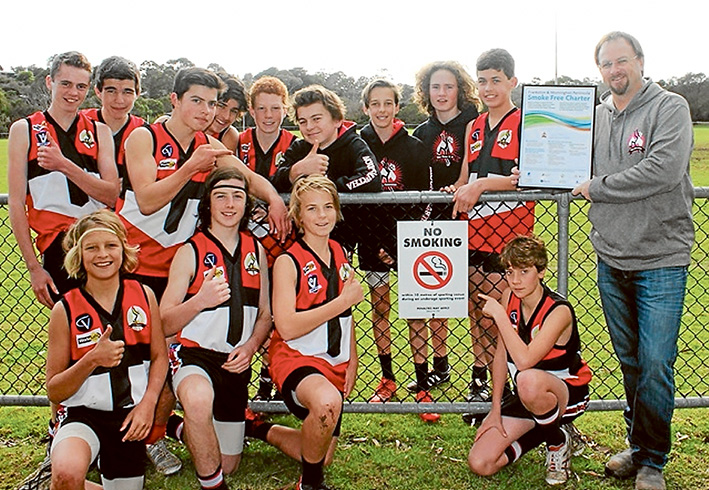 President Warren Davies said the club hoped other sporting clubs will follow their lead and sign the charter.

“It’s been really well received at the club. Even the smokers think it’s a good initiative; they don’t want their kids to become smokers either, so they’re happy to be involved.”

By signing the charter, the club has made a public commitment to reduce the number of people who smoke and to protect people from the damaging effects of secondhand smoke through putting up more “no smoking” signs.

“It’s about educating and role modelling for the kids,” Mr Davies said. “There won’t be any coaches, runners or supporters smoking on the sidelines and there’ll be information in the clubrooms about the dangers of smoking.”

“Smoking rates on the Mornington Peninsula are 10 per cent higher than the Victorian average,” he said. “By making a stand against smoking, sporting clubs can help empower the community to take action for their health and wellbeing – after all, sporting clubs are the heartbeat of our community.”