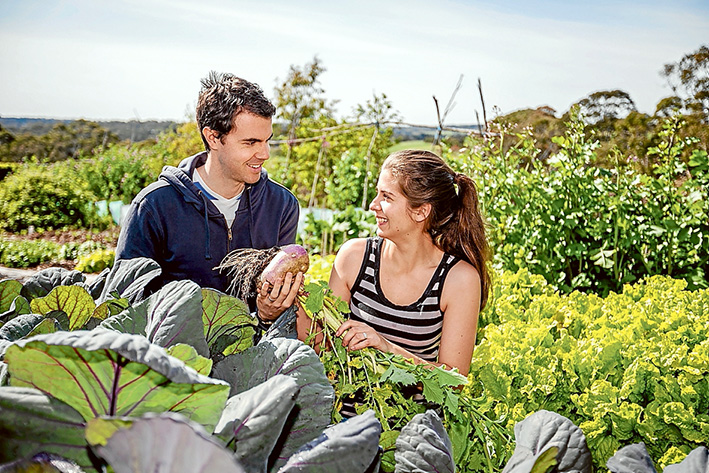 It is the idea of Rachael Koch, who grew up in Frankston, and Matt Taylor, of Mt Eliza – business and life partners who met at Woodleigh School – and will be the culmination of planning that started last summer when the couple first started talking to peninsula suppliers.

Discussions with the shire, which owns and runs The Briars, started in April and the lease was signed last week.

Ms Koch said Briars head ranger Jarrod Ruch had “been amazing as the market fits in with the Briars ethos” and area councillors Bev Colomb and Anne Shaw had been supportive.

Known formally as the Briars Community Produce Market, features will include all suppliers no more than 40km away, zero waste, no plastic (although Ms Koch conceded meat might have plastic packaging), and no charge for parking. Calico bags made in Australia will be on sale for $5.

They have set up a not-for-profit structure and will put earnings back into the market including workshops in summer as well as toward projects at The Briars.

Seed money for the project came from French waste management multinational Suez Environnment, which made 39 grants nationally this year. The couple applied for a $2400 grant but Suez liked their idea so much it doubled the grant.