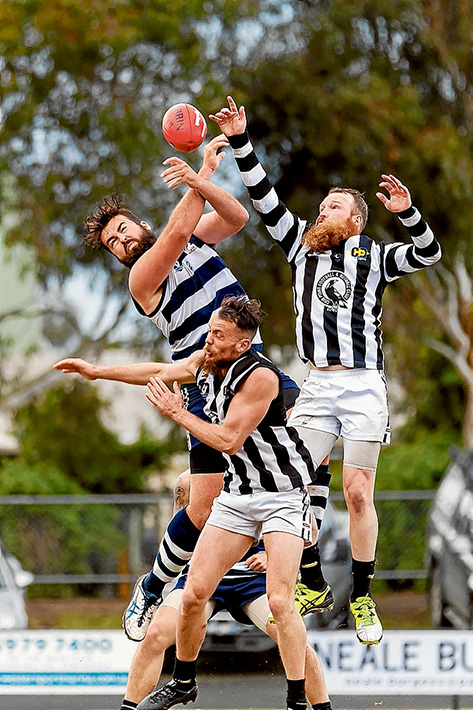 THE 2015 Nepean League season was another tightly contested one and the final five went down to the very last quarter of the final round.

After years of domination from Sorrento, the baton was handed over to Rosebud, the 2015 premiers.

Rosebud was the most consistent side all season, while its grand final opponent, Somerville, was undoubtedly the most exciting side of season 2015.

It was a fitting grand final.

However, despite the fact it’s been just two weeks since the cup was held aloft, attention has quickly turned to the 2016 season.

Right now, coaches’ phones are running hotter than any other time of the season.

This is a snapshot of what the coaches would be looking for.

Rosebud: First and foremost, the Buds need to find themselves a coach.

Just one applicant for a job that saw the seniors win the flag, the reserves go into the second week of finals and the Under 19s losing two matches in two seasons.

The Buds also need to find replacements for their best two players, Jason Bristow and Rob Forrest, both of whom found the travel difficult. Star forward Tom Baker is being hotly sought-after by Sorrento.

Somerville: The Eagles just need experience. Some cool heads to control the excitable list. A mentor for coach David ‘Budda’ Hirst would also be a welcome recruit. No offence at all to the guys on the bench now, however, a fresh, experienced set of eyes to support Hirst on the field and off it would be the best recruit the Eagles could get.

Sorrento: The Sharks have lost three of their best players in Troy Schwarze (retired), Tyrren Head and Leigh Poholke (Karingal). They won’t be easy to replace.

Talk is Daniel Grant and Myles Pitt would like to travel.

Jon Croad will become the dominant player in the competition in 2016.

Sorrento always lands a big name or two and this pre-season will be no different.

Luke Tapscott is coaching the Under 19s.

Red Hill: The Hillmen are just so close to challenging you can taste it.

The Hillmen need a key forward, tough, experienced midfielder and a ruckman. If the boys on the hill can land those, as well as keep their list (talk is B&F winner Paul Wintle is considering retirement), they will head to the third week of finals in ‘16.

Word is they are close to getting the ruckman they are looking for.

Hastings: Hastings wasn’t a happy place at the end of the season. What’s required is for those who don’t want to be there to disappear and those that do put their heads down and have a crack.

Taylor and Kain Stratton go to Crib Point. The Blues keep Shaun Foster and Matt Clifford and word is they have some ‘good’ connections that might help the Blues land a few more.

As the 2015 Team of the Year suggested, their top-end players are elite and the best in the competition.

Throw in the likes of Brady Egan, who is also elite but just missed out on the best 22.

A ruckman would be more than handy, as would another key defender.

They need Ben Holmes to do a pre-season and be right for the year. If not, they need a key forward also.

Devon Meadows: The Panthers were the big improvers of 2015, especially in the back half of the season.

A ruckman is the number one priority for the group, while they’ll be looking for more improvement from some of the teenagers who played in the reserves flag.

Expect some recruitment news at this club.

Frankston: The Bombers will kick of their year on Good Friday at Frankston’s Kars St Oval.

Former Carlton and Brisbane Lion Brendan Fevola will be the drawcard.

Coach Beau Muston would have realised just how far off his side was in 2015 and what needs to be gained in the off-season.

Dromana: Expect the Tigers to improve in 2016.

I think it’s unfair though to simply assume that everyone who left the club is going back because favourite son Rikki Johnston is coaching.

The fact is players are getting well paid elsewhere (and played in premierships) and the Tigers’ probably can’t afford to get them back.

Their Under 19 premiership team was littered with stars and it’s time to rebuild.

There will be some other names to add to this list in the coming weeks and coach Jamie Merchan is confident of landing some big fish.

Merchan has a very clear strategy and the recruitment of kids is high on the agenda.

Troy Jacobson and Alex Harnett return from Dolphins and Lachy Marshall has recommitted.

Crib Point: There will be a buzz around the Magpies’ camp this pre-season with a new coach in Taylor Stratton.

The Pies were ravaged by injury this season and were a massive slider in 2015.

If they can maintain their list and get them all through a pre-season, the Pies should enjoy a rapid rise in 2016.

Tyabb: The Yabbies had a year of building up the cash reserves.

Hosting the finals would have given them a nice cash injection.

However, no point having the money if you don’t get recruits.

The Yabbies need to land themselves a coach with a profile who can bring some players along for the ride.