Family violence up across peninsula 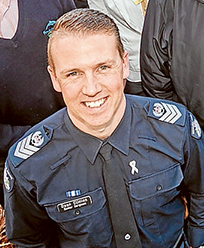 CRIME across the Mornington Peninsula has risen 3.7 per cent and is likely to keep rising in the short term but police say this is a positive trend.

Figures for the 12 months to June this year released by the newly formed Crime Statistics Agency reveal overall crime on the peninsula has risen from 10,164 in 2013-14 to 10,543 in 2014-15, fuelled by a jump in intervention order breaches and stalking offences.

Mornington Peninsula Police Acting Inspector Dean Clinton said many of the intervention orders relate to family violence and people are more likely to report such incidents thanks to an increased awareness of what constitutes family violence and a push to focus police resources on tackling domestic violence.

Breaches of orders surged to 1331 in 2014-15, up from 931 in 2013-14. Acting Inspector Clinton said police are helping victims take action to protect themselves from violence.

While intervention breaches were up, crimes against the person including assaults and sexual assaults dropped slightly from 1079 to 1045. The latest crime figures, released this month, are the first full year’s statistics to be compiled by the independent Crimes Statistics Agency set up by the previous Coalition state government amid claims from politicians that previous data had been massaged for political purposes.

The statistics show for the first time the ages of people and repeat offenders have been recorded by police as alleged offenders and victims.

Crime Statistics Agency chief statistician Fiona Dowsley said that while the number of “unique victims” across Victoria has remained stable from the previous year’s figures, there was a drop in the number of victims under the age of 25.

“Over the last year we have seen a 4 per cent drop in the number of victims under 25, with the greatest change seen amongst 15 to 19 year old victims who dropped by 8 per cent,” Ms Dowsley said.

The number of offenders aged under 25 also dropped, down 4.2 per cent compared to the previous year but these offenders were involved in more incidents on average compared to other alleged offenders’ age groups.

In 2011 a Victorian Ombudsman’s report found quarterly crime statistics released three days before the 2010 state election showing a drop in assaults in Melbourne’s CBD “was based on yet to be validated data”.

The Labor state government backed the formation of the CSA when in opposition and Victoria Police supported the Ombudsman’s recommendation to establish an independent body to manage crime statistics.