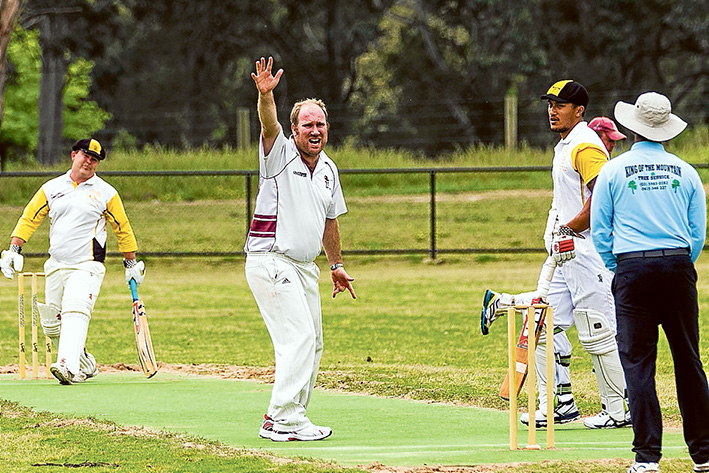 DROMANA got its season underway in the best way possible on Saturday, winning its opening game with ease against Carrum Downs.

The Hoppers have recruited well this season with Darren Kerr taking charge, while the likes of Aaron Kaddatz, Andrew West (both Somerville) and Jack Fowler (Boneo) have all followed.

Kaddatz had an impact with both bat and ball, snaring 3/30 from 10 overs before hitting an unbeaten half century.

Carrum Downs batted first and made 9/154 from 40 overs. Leon McConnell top scored with 34.

The Buds picked-up the likes of Jason Mathers (Mt Eliza), Luke Marshall (Mt Eliza), Brian Doughty (returned) and Billy Quigley (Frankston) and were expected to be hard to beat this season.

However, on Saturday, up against the relegated Hastings, the Buds were thrashed.

Hastings batted first on its home deck and made 7/170.

New recruit Archie Lawler-Lobato, who’s played a lot of cricket in the south-east, top scored for the Blues with 57, while Luke Hewitt scored 33.

Billy Quigley was the best of the Rosebud bowlers with 4/51.

Frankston YCW was beaten by Skye by just four runs.

The Stonecats batted first and made 141 from 39 overs.

Sean Flanagan was the pick of the Skye bowlers with 4/18.

In reply, Skye was in some early trouble, however, Rob Gruar steadied the ship in the middle order and finished with a match winning, unbeaten 67.

Balnarring proved too strong for Tootgarook, winning in the last over of the day.

The Frogs batted first and made 182. Justin Brown was the best of the Saints’ bowlers with 4/41.

New skipper David Ross top scored for Balnarring in the chase, hitting an unbeaten 48, while Chris Murphy was there to the end to ensure their team got the points.

In the final game of the round, Tyabb picked up the points against Ballam Park.

The Yabbies batted first and Jarrod White top scored with an unbeaten 84.

Brad Fly was the pick of the Yabbies’ bowlers, snaring 3/30.