Panthers on the prowl early 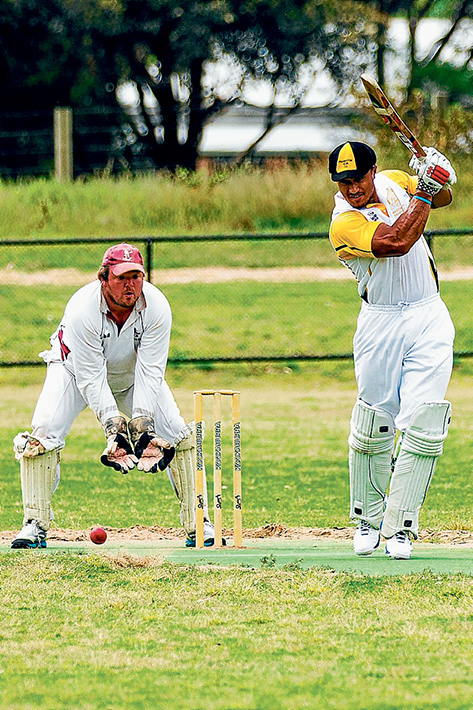 PEARCEDALE started its new life in District cricket having an immediate impact on Saturday, beating Carrum by four wickets.

The Lions were expected to be one of the teams to beat in District cricket after picking up new captain Andy Johnson and Jake D’Atri from Langwarrin and Tom Burgdorf from Seaford Tigers, while keeping the likes of Shaun Foster, Josh Dent and Liam Dobson.

However, on Saturday in the season opener, the Lions were crushed.

Former Pearcedale junior Shane Maggs returned to the Panthers from Casey and picked-up 4/20 from 6.4 overs.

Red Hill had an early afternoon against Delacombe Park.

The Parkers batted first and made just 78 from 37.4 overs. Nick Christides scored more than half of them with 41.

Brent Martin was the best of the Red Hill bowlers with 4/11 while Glenn Collett opened with 2/21 from nine overs.

In reply, Red Hill got the runs just two wickets down in the 19th over. Simon Dart scored an unbeaten 38 and Nick Shaw 22.

Seaford had a day out with the bat, scoring a massive 4/219 against Mt Martha before their bowlers got to work and skittled the opposition for just 90.

In reply, Chris Cleef tore through the Reds’ batting line-up, snaring 6/21, while Hartle rounded-out a sensational game personally with 2/17.

Recruits Matt Grayson (Carrum Downs) and Simon Parrott (returned from Cardinia) top scored for the Sharks with 54 and 47 respectively.

Daniel Di Paolo, a new face in the Braves’ outfit, was the best of the bowlers with 4/32, while English recruit Tom Wood snared three wickets.

In reply, Wood then went to work with the bat for the Braves with 78, while Blake Hillman scored 44.

Seaford Tigers picked up the 12 points against Boneo, winning in the final over of the day.

Corey Hand and Ash Mills each took three wickets for the Tigers.

Tigers’ opening bat Anthony Joel then belted 14 fours and two sixes on his way to 94 to guide his side to victory.

Main Ridge opened its season in fine fashion, getting the job done against Heatherhill.

The Hills batted first, making 6/186 with Jake Theobald top scoring with 67 and Kristian Miller opening with 48.