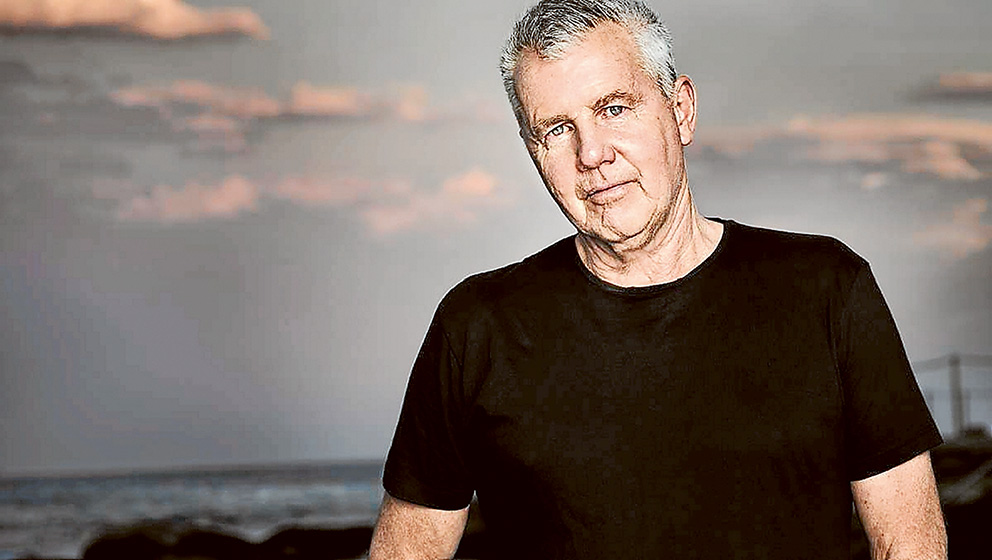 Daryl Braithwaite and band will be performing at the Chelsea Heights Hotel on November 2.

Braithwaite, the former Countdown King of Pop is looking forward to returning to the Chelsea Heights, where they have always had a great reception.

Braithwaite has spent most of his life doing what he loves, and after more than 40 years in the music industry, is still going strong, releasing his latest album, Forever The Tourist, a couple of years ago, and continuing to play gigs every weekend.

“I love singing and performing on stage, and the spontaneity of live gigs,” says Braithwaite, who has spent a bit of time on the peninsula surfing, his other great passion.

“It’s just really important to keep passionate about what you do,” says Daryl. “I was lucky enough to have a great start with Sherbet in 1970. We were all guys just doing what we loved, and I can’t believe I still get to do it.”

Braithwaite says performing is not hard work at all.

“I sometimes feel guilty. I have mates who have normal jobs and I still get to do this for a living,” he says with a laugh. “Although over the years I take the live aspect very seriously as far as the sound and the lights and that we play with a purpose.”

Braithwaite and the band will be playing a heap of the old favourites, of course with Horses and Howzat always sure to get the crowd pumping, and throwing in a few from Forever the Tourist as well.

“It’s taken a while for it to take off but “Not Too Late” is becoming popular at the gigs now too which is awesome. It proves that its never too late and you just have to be persistent.”

Braithwaite says the band is looking forward to the November Chelsea Heights gig.

“Its one of the bigger pubs and I have grown to enjoy it a lot over the years,” says Braithwaite, who has been playing with the same band for decades. “John is the longest serving band member, at around 25 years and the others have been around 20 years together.”

As for keeping the energy levels racing, Braithwaite says it’s all about having passion for the music and performing.

“Its like anything. If you enjoy it you will put the work in.”

And as for writing, he says it’s not his favourite thing to do but every now and again an idea will hit him.

“Its funny, I actually had an idea today for a song about summer, I haven’t decided yet but I was walking through the lobby of the hotel and started thinking about it. You never know what might come out of it,” he says.

With a voice that soars with inspiration, soul and warmth, following the success of Sherbet, and an incredible solo career, Braithwaite continues to play sell out gigs across Australia and the Chelsea Heights is no exception.