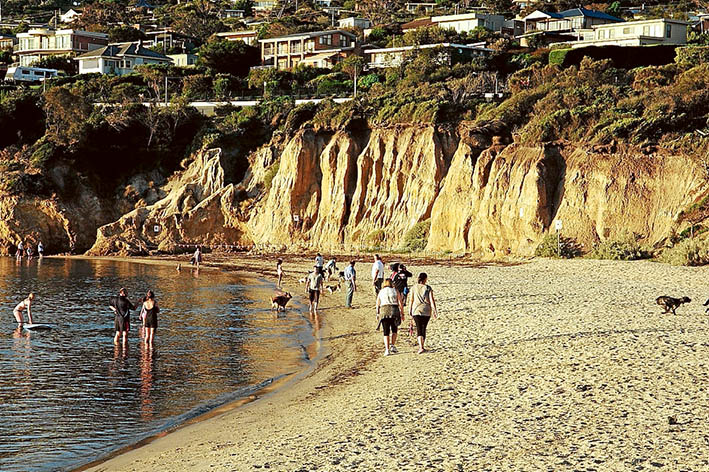 THE state government will be asked urgently to pay for safety measures at Tassells Cove, Safety Beach, where cliff erosion is endangering children who ignore a restricted area to play in “caves” formed at the foot of the unstable clay.

The problem was highlighted by Cr Graham Pittock as an item of urgent business at Mornington Peninsula Shire’s 14 October meeting.

Councillors voted to “immediately” seek “redress from the Crown due to sea processes causing this emergency in order for rectifying the situation”; to get legal advice; to investigate the danger as a priority; and to ensure the safety of the public.

“The cost of not doing anything is going to be horrendous,” Cr Pittock told the meeting, referring to the danger of cliff collapse.

The beach has been designated leash-free for dogs and is rarely deserted.

The eroding cliffs are also a popular back drop for wedding photographers, especially at sunset.

The unstable coast north of Tassells Cove has a history of collapse with the Esplanade between Safety Beach and Mt Martha being closed for lengthy periods in recent years due to landslides and subsidence.

There are cracks in the bitumen along the length of the Esplanade and VicRoads has stated that it has a monitoring program in place.