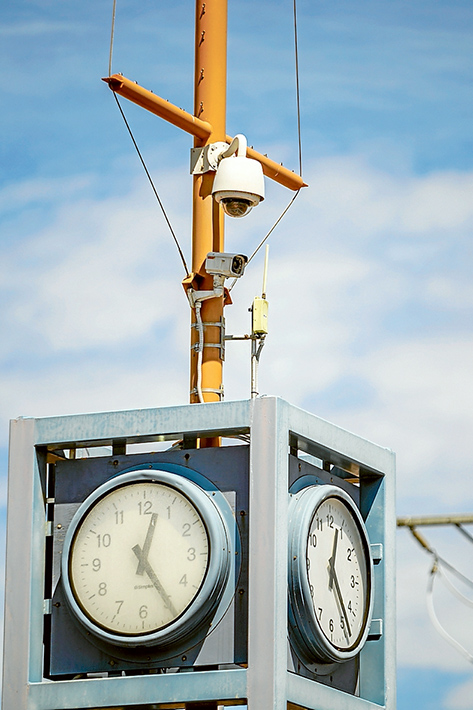 CRIME investigators have been hampered in their gathering of evidence by the lack of CCTV cameras in Main St, Mornington.

The absence of publicly-owned cameras operating in the street was only revealed last week during investigations into two vicious assaults against teenagers waiting for buses.

Although installed and on public display, the cameras have gradually fallen into disrepair.

Almost exactly a year ago an 18-year-old girl managed to avoid being abducted from a bus stop in the same Barkly St bus stop by slumping on the ground.

Her abductor was unable to drag the plucky girl into a white van and she used her phone to photograph the van’s number plates as it sped off.

The man, an Afghan refugee, was subsequently prosecuted for attempted abduction and deported.

Without the girl’s quick thinking police would have been hard pressed to nab her attacker.

The girl’s actions prove the usefulness of a working CCTV system.

In another incident a fortnight ago, three students were assaulted while waiting for a bus near the corner of Barkly St, with apprehension of the offender made more difficult as none of the drama was caught on CCTV – as could have been expected as there is a camera nearby.

Police are now hopeful that the gathering of crime-scene evidence in Mornington is about to become more reliable with the installation of 16 new CCTV cameras. They should be up and running in the shopping precinct by the end of the month.

New cameras will also be installed at Mt Eliza and Mt Martha shopping strips in a joint project by Mornington Peninsula Shire, Victoria Police, the federal government and the Department of Justice.

The 33 cameras and better laneway lighting at 11 sites in the three townships is costing $460,000. The project has been funded by the federal government with money from seized proceeds of crime.

Many of Mornington’s street cameras installed in 2004 for $76,000 by the federal government and Mornington Chamber of Commerce and run through the Mornington police station are well past their use-by date. One was damaged by a car and another struck by lightning. Neither has been repaired.

Management of the cameras has been hampered by delays in transferring ownership from the chamber to the shire, with committees and meetings frustrated by power billing disputes and grant conditions.

More time was lost seeking funding to replace damaged cameras and to improve their coverage.

Mornington police have been “extremely frustrated” by delays in having working cameras installed at Main St’s intersections and laneways, but are pleased action is finally being taken.

Detective Senior Sergeant Nick Vallas said he had “been concerned [about lack of CCTV] for a long time and has raised the issue with senior managers several times”.

“Wear and tear and lack of maintenance has led to the CCTV system’s collapse,” he said – an issue compounded by delays while permission was sought from a power utility to have one camera repaired.

“The police have actively campaigned to restore the good system we did have at forums and accords but, until now, nothing seems to have been done.

“What really got me fired up was when the girl was nearly abducted. We had no evidence of the suspect’s behaviour immediately beforehand, and yet we want to give the court the best possible evidence that a working CCTV system would have provided.”

Dunkley MP Bruce Billson said the new cameras would have tilt, fixed and panning capabilities with images analysed and stored at Mornington police station. “We need a sustainable and durable strategy with CCTV as well as a consistent policy approach,” he said.

Chamber spokeswoman Kim Rowe said it was the shire’s responsibility to operate and oversee the CCTV network, despite the early success of the chamber’s involvement in the original roll-out.

“We officially handed over responsibility [for the cameras] to the shire over 12 months ago. As a not-for-profit organisation it is not something we should be required to manage,” Ms Rowe said.

“But we have done all that is reasonably practical to ensure that Mornington has CCTV. Now the onus is on the shire and the police.”

Ms Rowe said “for us it’s a concern” if CCTV cameras in Main St and lighting in laneways is not working at present, but that delays were often caused by power utilities or service providers.

“As far as the chamber is concerned, and for the bills we were paying, we thought they were working.”