Partners active on the home front 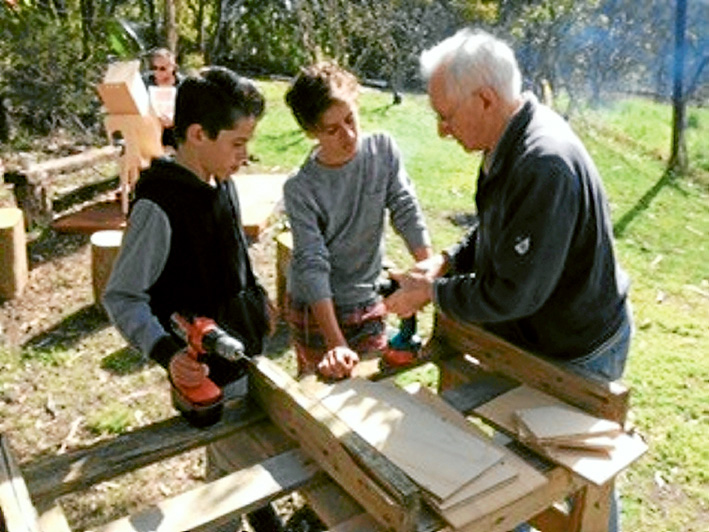 ARTIFICIAL tree hollows – although not the real thing – are still important to the conservation of Australian hollow-nesting animals.

They complement the diminishing number of old, natural hollows, which take many years to form, but which are often lost when mature trees are chopped or fall down.

This time of year there is much competition for the few available nesting spots. Bats, possums, gliders, owls, parrots, ducks, kookaburras, rosellas and kingfishers, as well as various species of frogs, snakes and skinks, are all searching for homes.

After much drilling and screwing the timber templates together, they added shredded bark and wood shavings to the bottom of the parrot box to make it attractive to eastern rosellas, which partner for life.

Between four-eight eggs are laid by the female rosella who is fed by the male during incubation. These birds forage on the ground for seeds, grasses and insects and, in the trees, for nectar.

The nesting boxes are fitted into the forks of trees, and secured by threading wire through a piece of old garden hose to attach around the trunks.

Two larger nesting boxes were made as homes for Australian wood ducks. They are often found in grasslands, open woodlands, wetlands and pastures foraging for grasses, clover, other herbs and, occasionally, insects.

The ducks lay up to 10 eggs in tree hollows near water. The students will place the nesting boxes around the wetlands at Mr O’Connor’s, where they have been working on several environmental projects each Thursday.

Copies of the nesting box patterns are available from teacher Narelle Debenham at ndebenham@mesc.vic.edu.au