The men who remade the news 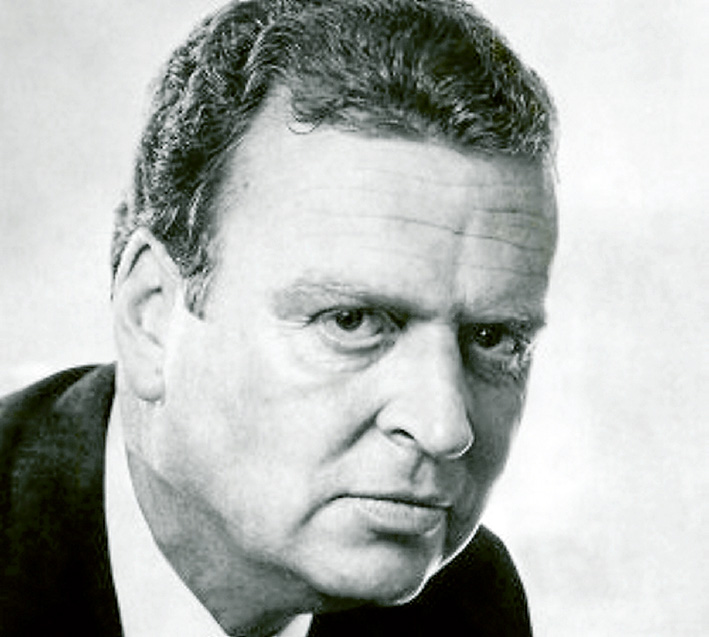 THE Melbourne Press Club last week commemorated the death of Graham Perkin, one of Australia’s great journalists, 40 years ago. He was vitally alive in that room for the many who worked with him, and for those honouring the legend he has become, an enduring and inextinguishable presence in the annals of Melbourne.

Ranald Macdonald, a former managing director of David Syme and Company who now lives at Flinders, appointed Graham Perkin editor and with him revived The Age, making it a newspaper of world renown. He spoke at the commemoration dinner. This is an edited text of his address:

The two of us

Graham for nine all-too-short years led The Age from the front, from the middle and from the sides.

It is one hell of a job being editor. The pressures are enormous, particularly when you are charged – as Graham, at the age of 36, wanted to be charged – with making the paper the best, the most relevant and the most influential and trusted journal that you can.

Graham first identified the best talent from within the company and brought in talent from without.  Then he nurtured, encouraged and cajoled to get what he wanted from a terrific group of journalists, photographers and cartoonists.

It was a very large team with a captain who, to use a football expression, was the undisputed Brownlow medallist. He was, after all, a Walkley Award winner and a terrific writer.

[Macdonald returned from Cambridge University in the late 1950s, “flaunting a brand-new degree in law and history”, to learn the family business from the editorial floor to the board room.]

Anyone new to the reporters’ room in 1959 could see immediately that the driving force was Graham. He just dominated with his ideas, his encouragement and his leadership. He had the respect of all.

When I became managing director my good fortune was that he was still there. He was appointed editor in 1966 – it was a no-brainer.

He became a close friend and partner. Our approach to what needed to be done melded, matured and expanded. For nine stimulating years things happened. The paper grew in impact and in reputation – and not just as the “Spencer Street Soviet”.

Then, in 1975 the Graham Perkin era tragically ended. [Perkin died at home of a heart attack early on 16 October.]

This evening is about Graham Perkin and his influence on Australian journalism – and the reputation he gave The Age nationally and internationally. Graham believed that newspapers were, as he put it, “a public trust, as well as a private business”.

He introduced the concept of telling readers about what we were doing and who were doing it. He believed in the need for public trust and The Age’s role in representing it in challenging the decision makers, in holding their collective feet to the fire – and in allowing readers to know what was happening and why.

Both of us believed that democracy only works if you have a free and questioning media, which provides an early warning system so the community can have its say before decisions are made behind closed doors.

Graham’s one-eyed allegiance to the Melbourne Football Club should also be mentioned – he said that having a managing director being equally one-eyed about Collingwood [Macdonald was Magpies’ president for four years in the 1980s] provided him with a steady second income.

Melbourne won most encounters in those days, though on the golf course Graham was less successful, as his approach was purely physical – the further the better was his motto.

He was great company, had a terrific sense of humour – the Savage Club was his environment rather than the Melbourne Club.

Graham filled a significant place in my life with nothing off-limits for debate and discussion – including the perennial theme of how to make The Age a better paper.

His name will live on as a symbol for all that was best in Australian journalism – and still can be.