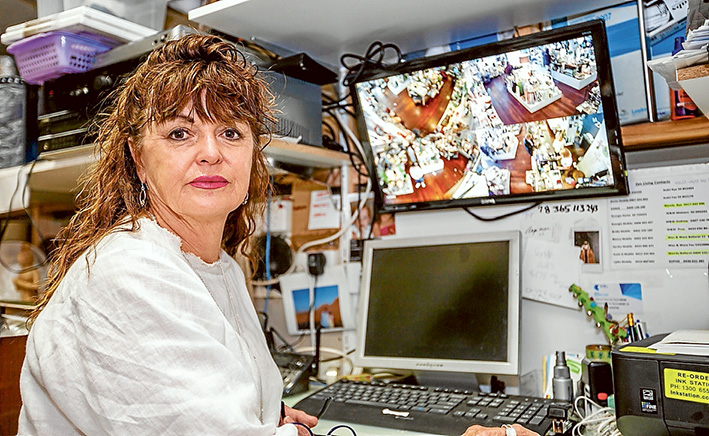 ONLINE shaming of shoplifters is the way to go for small retailers upset by frequent stock losses.

That’s the message gleaned by Zen Living proprietor Annie Zaicz who, fed up with almost-weekly shoplifts, installed CCTV cameras in her Main St, Mornington, store and watched and waited for results.

They were not long in coming: a woman in her mid-30s pushing a child in a pram was filmed rummaging among the stock and stuffing a $200 dress and a $199 handbag inside the pram’s luggage rack.

A furious Ms Zaicz was determined to track the culprit down. She posted the footage online and declared, “I hope you are not too ashamed to have your picture on Facebook. If you don’t bring my stock back immediately you can expect a knock on your door.”

That did it. The woman, with a reported Czech or Russian accent, was at the shop next morning “bawling her eyes out and pleading forgiveness”, Mrs Zaicz said.

“She was saying she didn’t know why she did it and was sorry. But she knew exactly what she was doing and I’m not the least bit sympathetic.

“I put it on Facebook because I am sick of it. I used to take a USB stick to the police once a week but they don’t really know what to do with it, and the process of finding and charging offenders is more than it’s worth.”

Mrs Zaicz said the majority of online readers “liked” the story – with some commenting that the woman’s $900 pram meant “she couldn’t be too badly off”.

Zen Living paid $5000 for cameras and security tags – amounts probably out of reach of most of Mornington’s small boutiques. Some may have false cameras with no ability to record events.

Mornington Detective Senior Sergeant Nick Vallas was cautious in commending the retailer’s actions. “My concern is that they might get it wrong and be open to the laws of libel and slander,” he said.

“There could be action taken against them by some people on those grounds.”