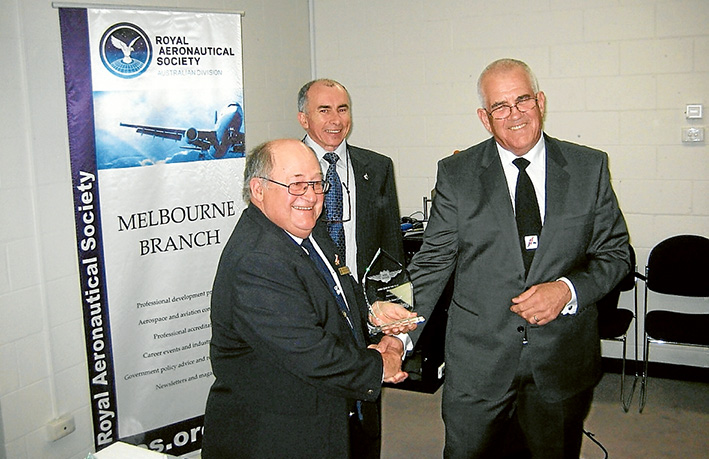 PENINSULA Aero Club, Tyabb, has been named Aero Club of the Year.

“Of all the clubs in the country, Peninsula Aero Club’s submission won,” president Peter Bernardi said.

It recognises the club’s outstanding support, facilities and training to the general aviation community, as well as its high standards of safety in operations, while creating an environment that fosters participation in aviation.

The award also acknowledges the efforts of club members and the committee as being valuable members of the general aviation community.

“It is a fantastic achievement for the aero club,” Mr Bernardi said.

The November/December edition of Australian Flying award reads:  “Peninsula Aero Club is not only a vibrant club for visitors and aviators, but also the body that administers Mornington Peninsula Airport at Tyabb in Victoria.

“Members are also very active in Angel Flight and the club is one of the major supporters of FunFlight.”

Mr Bernardi said club management’s view was that Tyabb airport is “an integral part of the Tyabb community”.

The aero club will host the Christmas Toy Run with the Antique Aeroplane Association of Australia on Saturday 28 November.

“Our Tyabb community is invited to join us,” Mr Bernardi said. “It’s our way of giving something back.

“We’ll have aircraft on display, some fantastic heavy metal going through its paces in the sky and, afterwards, on display near the clubhouse.

“There will be a free sausage sizzle lunch and club members will be out and about with their planes.”

Visitors can take unwrapped gifts for Food for All, which has been working across the Mornington Peninsula for the past 24 years. Toys are needed for children aged 8-14. Lego or similar are always popular.

Tyabb Air Show will be held on the long weekend, Sunday 13 March.