Last ditch effort to save dam land for frogs 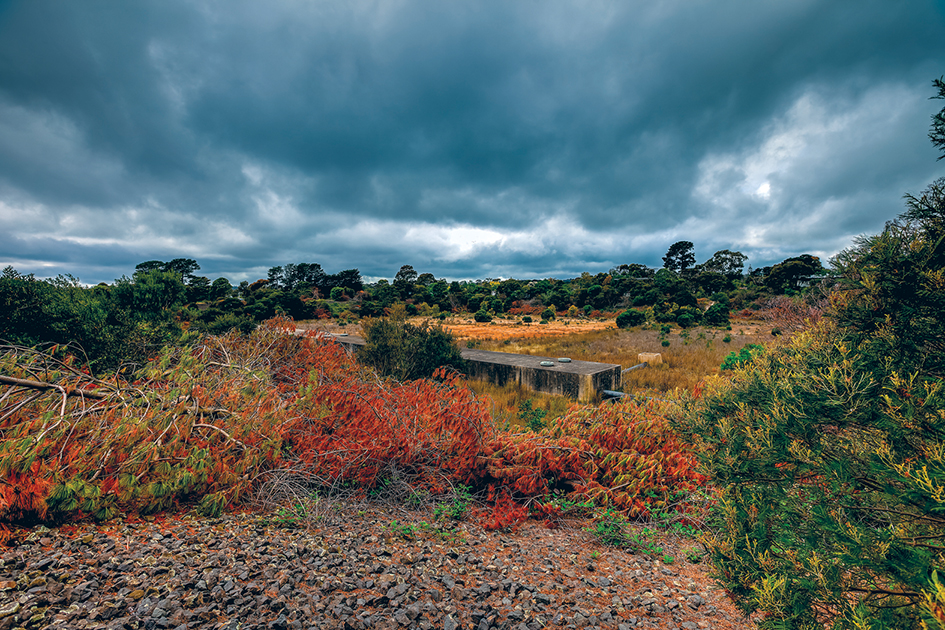 THE co-founder of Kunyung Residents Group, formed to lobby for South East Water’s decommissioned Mt Eliza reservoir to be turned into a reserve, has started an online petition.

It is headed “South East Water customers, would you give up a $6 savings on your bill to save a frog?”

The dam was decommissioned in 1999 and has become a haven for wildlife. It is on the corner of Barmah and Kanya roads near Kunyung Rd.

Wildlife experts say the fenced 2.8-hectare block contains about 100 locally significant flora and fauna species including the only substantial frog population in Mt Eliza. It is home to native birds and mammals – including the endangered grey-headed flying fox – and holds the only established colony of now locally rare kangaroo grass as well as orchids.

In early 2014, South East Water asked the shire to rezone the 24 blocks of about 1000 square metres each via a planning scheme amendment, which must be approved by planning Minister Richard Wynne. SEW wants to sell the blocks to developers for full price, estimated to be worth between $10–$13 million.

An independent planning panel heard from all parties in August, and recommended the land be used for houses with no reserve, disappointing residents, the shire and Mornington MP David Morris who in the Parliament had called on state environment minister Lisa Neville to “give the land to the people” for a reserve.

“Transport magnate Sir Reg Ansett bought the land in the late 1950s and gave it to State Rivers and Water Supply Commission for a reservoir instead of a site on his land nearby.

A submission to set aside two lots for public housing was rejected by the panel as was a request by the shire that one hectare be public open space.

The panel report has been sent to Mr Wynne, who has the final say.

In her letter, Ms Taylor says the water authority told her money from the land sale would be passed on to its customer. “At the current market value of the land, this would equate to a $6 one-off saving for each of its 1.65 million customers.

“Join with us to tell South East Water and the Victorian Andrews Government that we would prefer that they use our $6 saving for a more altruistic purpose of preserving the environment of the reservoir.”