Main St history on a smartphone 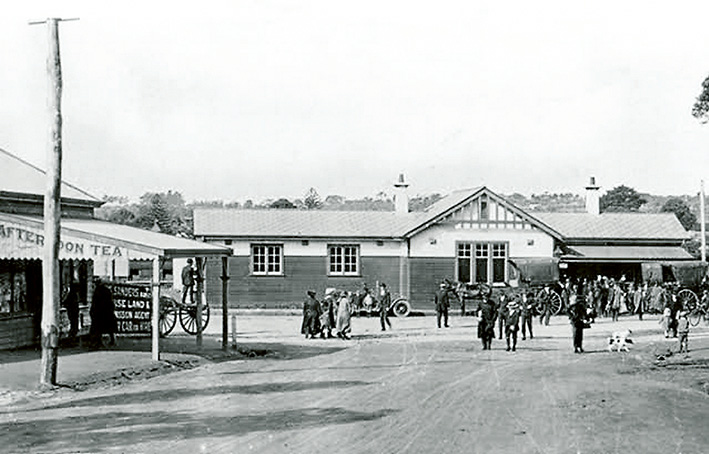 CITIZENS of 19th century Mornington would be astonished at the latest technology that guides tourists and locals through the history of Main St.

No more guide books, pamphlets or humans leading a group – it’s an audio tour (or podcast) with 18 recordings that can be downloaded by scanning a QR code on plaques placed near historic buildings on Main St and the Esplanade.

The tour complements a revised heritage walk brochure produced by Mornington and District Historical Society and the chamber of commerce for the town’s 150th in 2011. The project also saw the replacement of historic signs installed many years ago, some of which had disappeared or been damaged.

The audio tour was launched at the society’s headquarters – the old post office – on Friday 30 October. Scanning one of the QR codes with a smartphone or tablet downloads the podcast as well as images and the audio script, which was developed for the hearing impaired. A QR scanning app is needed.

“One of the speakers said it was how to get young people interested in history as they liked using their smartphones for innovative purposes,” she said.

The audio project cost $4480 and was covered by the federal government’s Community Heritage and Icons Program.

“It includes online access to local history and stories narrated by local identities, which enables residents and visitors alike to tap into the society’s remarkable resources,” he said.

“The audio project will enable the community to celebrate our rich history for generations to come in a fun and engaging way.”

Cr Colomb said the project would be good for students.