By IT GullyNovember 9, 2015No Comments3 Mins Read 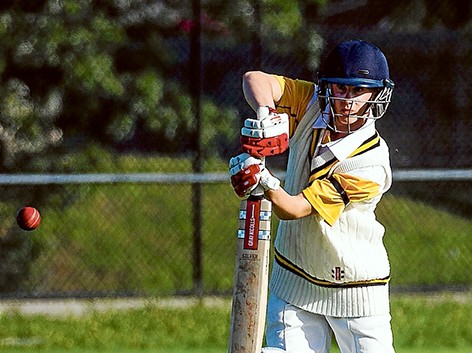 PEARCEDALE remains in equal top spot on the MPCA District ladder after getting out of jail against Seaford Tigers.

The Panthers were defending an ordinary total of 128, however, did have the Tigers on the back foot early, resuming at 1/7.

The Tigers started extremely well with opener Jon Plakourakis scoring 25 and Aaron Mountney contributing 18. The visitors were cruising at 1/42.

Kain Smith and Shayne Gillings were superb for the Panthers with 4/7 and 4/20 respectively.

Pearcedale went out to bat again and finished at 3/65 with Shane Maggs (27) and Chris Dew (31) both unbeaten.

Carrum’s disastrous start to the season continued on Saturday after they were smashed by Mt Martha.

Resuming at 0/5 after the Reds set them 177 for victory, the Lions lasted just 54.5 overs before losing the match.

John Mitchell top scored at the top of the innings with 27, while Cory Foster made 18 and Liam Dobson 14 at the bottom of the order.

Mt Martha skipper Curtis Stone was superb for the winners with 5/33 from 19 overs. Kyle Bendle snared 2/11 from 7.5 overs.

Red Hill maintained its dominance over the competition with a strong victory over Boneo.

However, the Hillmen didn’t have things all their own way.

The Pandas certainly set the Hillmen a challenge, scoring 182 on day one.

The Hillmen resumed at 0/10 and looked extremely shaky at one point when they were 4/27. Simon Dart (0) and Matt Merifield were both back in the sheds.

Things became a little worse when Andrew Mock went with the score on just 44.

However, Riley Shaw took command with 96 and Brent Martin stuck around also with a more than handy 60 to take the score to 223 from 79 overs.

Sean Spencer picked up three wickets for the Pandas while Cam Williams and Daniel Wilson claimed a couple each.

Delacombe Park is just percentage out of the top four after beating Main Ridge.

The Parkers batted first and made 4/184 from its 40 overs, Jon Guthrie opening with 64 and Joel Malcolm scoring an unbeaten 65. Ash Walker hit a valuable 26 in the middle order.

In reply, the visitors were bowled out for 174.

Travis Barker did everything he could to get his side over the line with 86 but no other batsman could stick around long enough to get the additional 11 runs for victory.

Once again it was Shane Deal who stepped up to get valuable wickets, claiming 3/33.

Flinders took a massive scalp on Saturday, knocking over Seaford by more than 70 runs.

Blake Hogan-Keogh was outstanding for Flinders with 5/28 from 11 overs.

In the final game, Baden Powell took hold of top spot on the ladder with a 10-wicket victory over Heatherhill.

The Hills batted first and were bowled out for 93. Baden Powell got the runs without loss.