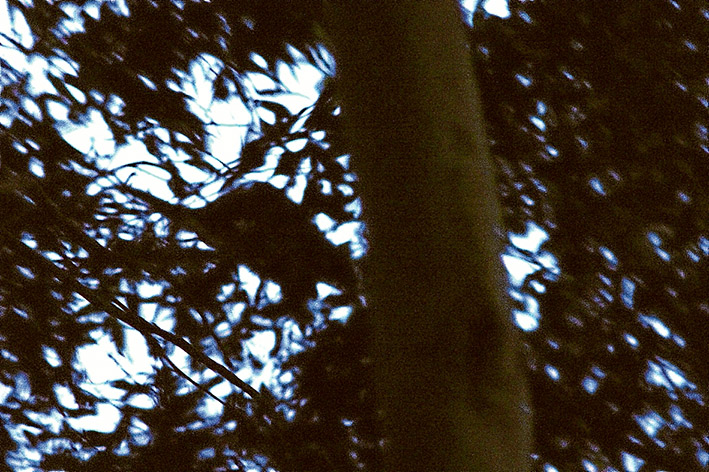 THEY might have cute little faces and tails and are protected by the Victorian Wildlife Act, but the abundance of ringtail possums in Mt Eliza and Mt Martha are being blamed for a massive loss of gum trees.

Ecologist Jeff Yugovic says the tree loss is linked to dense understoreys in which possums can hide from their major remaining predator, the fox.

He says the role of the introduced fox has replaced locally extinct native predators which would once have kept the possum population under control.

Dr Yugovic’s solution to the possum problem is to remove their safe hideaways, forcing them to the ground so they can be caught by foxes.

He said dense understoreys are unnatural and also a major fire hazard to the community.

He said affected trees eventually die unless protected and the prognosis for the eucalypts remaining in the landscape was extremely poor.

Mt Eliza, with up to 16 ringtail possums a hectare, has the highest known density of the marsupial in natural eucalypt vegetation in Australia.

While researchers found few brushtail possums in bushland reserves, Dr Yugovic said brushtails browse significantly on trees in gardens where they are near buildings with shelter.

“Brushtails eat adult leaves which thins the foliage throughout trees, while ringtails are more damaging by being smaller and able to reach their preferred shoots and young leaves at the end of branches,” Dr Yugovic said.

Every few years, ringtail numbers plummet during intense heatwaves, but they are able to breed up so that numbers rapidly recover within a year. Brushtails are not so affected.

Dr Yugovic said all six native predators that controlled the ringtail in the past are now extinct in Mt Eliza.

There were two mammals, two birds and two reptiles:

Dr Yugovic said with thousands of trees affected, only a limited number of large trees in prominent positions could be saved by possum bands.

“Mornington Peninsula Shire has installed possum bands on selected trees on roadsides and in parks and reserves,” he said.

“This has been highly successful except for trees for which it was too late.”

“There are moves to reintroduce devils to Wilsons Promontory but no program has been formalised,” he said.

“Is it not better that excess herbivores die quickly in the jaws of a predator rather than slowly through starvation which would damage the ecosystem and the species it contains?”

Dr Yugovic said the only way to save the remaining bushland is to reduce the understorey by physical thinning or fuel reduction burns.  This removes possum shelter and forces possums to the ground to reach their food trees where they are exposed to foxes.

Practical tips on protecting individual trees were given by Dr Yugovic.  When damaged trees receive possum bands and are isolated from any connecting vegetation they generally recover very well.

* The author is a member of BERG.