By IT GullyNovember 16, 2015No Comments2 Mins Read 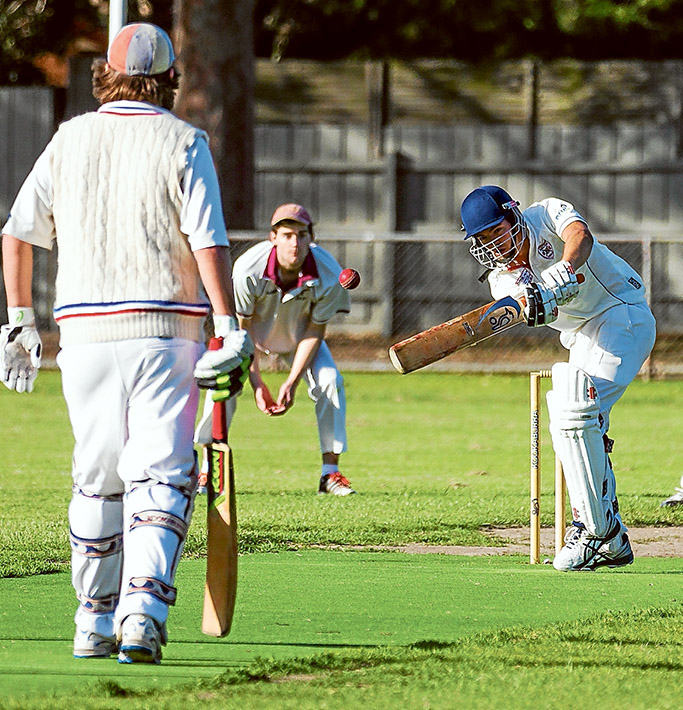 ONE of the new glamour teams of MPCA Sub District cricket looked far from that on Saturday when Rosebud and Dromana went head to head at Dromana Reserve.

With a number of big name recruits between them in the off season, the Hoppers and the Buds were expected to put on a real show on Saturday.

However, Rosebud was a let down.

Dromana dominated them with the ball and then put them to the sword with the bat later in the day.

Rosebud won the toss and batted first but were rolled for just 127 in the 47th over.

Brad Glenn top scored for the Buds with 36 and Billy Quigley contributed 22.

In reply, the Hoppers are looking the goods at 1/75 with Andrew West on 42 and Darren Kerr on 24.

Hastings may not have performed overly well with the bat against Tootgarook on Saturday but it does have the home team on the ropes.

The Blues batted first and made 164, thanks largely to the openers Nathan Hunt and Aaron Wilson, who scored 50 and 34 respectively. Luke Hewitt also scored 33.

Zac Stevenson was dynamite with the ball taking 4/51 from 32 overs for the Froggies while Corey DeBruyn was also very good with 4/31.

Mitchell Floyd was great with the new ball for the Blues, picking up 2/13, while Timmy Birch claimed 2/0 to have the home side reeling at 4/27.

Ballam Park is just 19 runs from victory against Skye, however, it has just three wickets in hand.

The Knights bowled Skye out for 114 with Callum Savio and Ryan O’Connor getting 4/10 and 4/28 off 15 respectively.

Jordan Keher was the best of the Skye bowlers with 3/15 from seven overs.

Nathan Phillips top scored for the Cougars with 55 while Shane Walford hit 27.

In reply, Balnarring lost a wicket in the one and only over it faced.